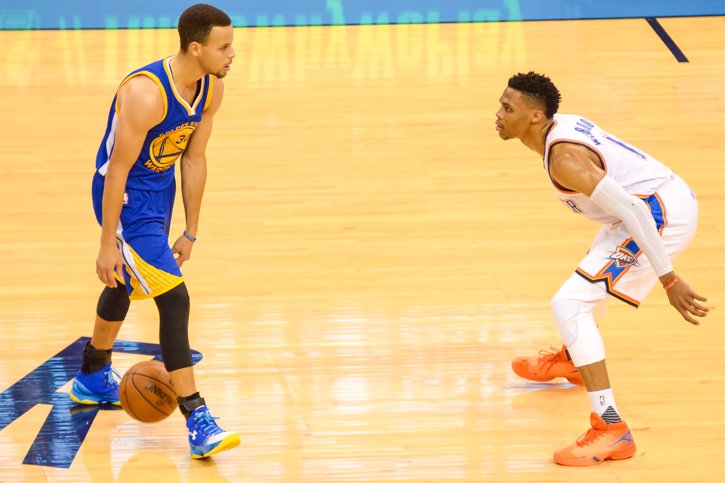 The two best point guards in the NBA this year were Golden State’s Steph Curry and Oklahoma City’s Russell Westbrook. Neither will be in Rio this Summer for the 2016 Olympic Games.

After Curry announced last week that he would not be on the Summer Olympic team, Westbrook followed suit Friday.

“After speaking with my family, I have decided to not participate in this year’s Olympics,” Westbrook said in a statement. “This was not an easy decision, as representing my country at the World Championships in 2010 and the Olympics in 2012 were career highlights for me. I look forward to future opportunities as a member of USA Basketball.”

Westbrook didn’t give a reason why he would not be part of the team. But with him entering the final year of his contract with the Oklahoma City Thunder, the fear of injury could be at the heart of the matter.

The All-Star point guard is coming off a season in which he averaged 23.5 points, 10.4 assists and 7.8 rebounds. He also averaged more than 34 minutes a game for the sixth time in eight seasons. So he may just need a rest.

The departure of Westbrook and Curry leaves the door wide open for some the leagues younger point guards who are chomping at the bit to be on the team. That includes the likes of Mike Conley, Kyrie Irving, Damian Lillard and John Wall.

Earlier this month, Thunder teammate Kevin Durant announced he is still planning on being on the Olympic team in Rio.

The USA National Team will open its 2016 training camp July 18 in Las Vegas and will train daily through July 21 at UNLV’s Mendenhall Center. The team roster for the USA’s Las Vegas training camp will feature 12 national team players to be announced after completion of the NBA Finals, according to usab.com.