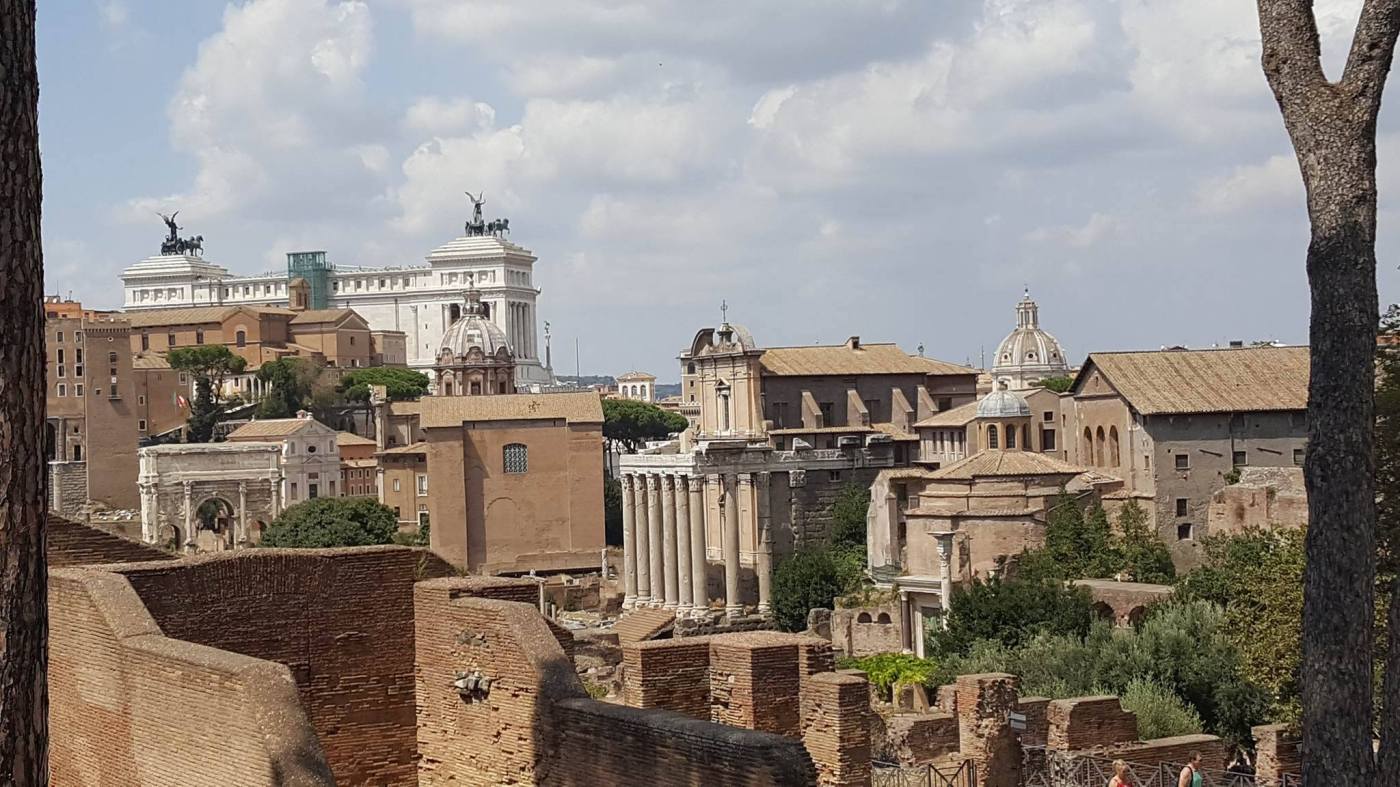 ROME, Italy– What can be said about Italy that hasn’t been written in countless books or shown in a multitude of movies. Everything from Earnest Hemingway’s “Farewell To Arms” to films such as “Under The Tuscan Sun” and “Angels & Demons” have made the European country the focus of their work.

But when I decided to take a two week trip to the Italy, I didn’t want any preconceived notions about the country to cloud my judgment. I wanted to see everything with fresh eyes and clear heart.

Unfortunately, that was impossible. Images of wondrous cities, amazing food and beautiful, passionate people filled my head on the 15-hour flight from Oklahoma City to Rome.

After 10 days (subtracting travel days and a weekend in Croatia), Italy lived up to the hype while falling well short of it at the same time.

While Italy feels big in books and movies, it’s not in real life. Its 116,347 square miles is smaller than Alaska, Texas, California, Montana and New Mexico. At various points, it is possible to drive from one coast to the other in under three hours. It takes longer to get from Lawton, Okla., to Tulsa, Okla.

Italy’s population of 60 million is almost three million less than California and Texas combined. But Italy isn’t about numbers and size. Its main currency is history.

From the moment you fly into its capital city of Rome, this is where most of the world’s civilization had its beginning. And city officials make sure visitors remember that.

Depending on your personalty, knowledge of the language, and patience level, there are several ways to see Rome. Super-adventurous types just need a map, a bus/train schedule and Google Translator, and they are set.

For the rest of us, there are several stop-and-go bus tours that you can ride all day. Most have about 15 to 20 stops where you can choose which particular site to spend hours exploring or none at all. Cost is around 20 to 30 euros. I chose a three-day pass because I had the time and knew there was a lot I wanted to see.

The first day alone, I spent the entire time at Vatican City. The Vatican itself is awe-inspiring in how big and majestic it is. While I was unable to see the Pope, it’s not unheard of for him to venture into the cathedral. 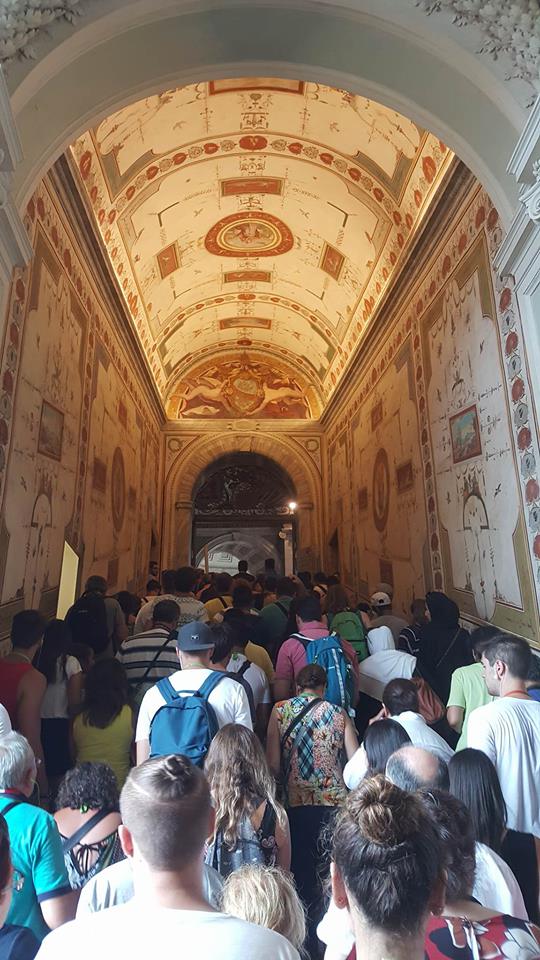 The Vatican Museum and St. Peter’s Basilica are stunning as well. But it’s the Sistine Chapel that is the center point on the tour. Security forbids photos from being taken inside the chapel, which Michelangelo immortalized in the early 1500s. Yet, that didn’t stop everyone from getting shots off at the immaculate ceiling. (I plead the 5th).

For those who are truly interested in every aspect of Vatican City, you can hire personal tour guides who will detail each room and artifact. It’s an all-day affair, so wear comfortable shoes.

The rest of the city tour allows you to see such historical sites as The Pantheon, The Forum, The Basilica and The Colosseum. To walk on the exact same ground that gladiators, kings and soldiers walked can be a mind blowing experience.

Across the street from the Colosseum is a line of restaurants and cafes where you can eat or buy t-shirts, postcards and key chains. The same thing went for the Vatican. Making money is now the primary reason for Rome’s history.

Yet, when you are at one of those cafes, sitting outside  and eating pizza and tiramisu as you stare in amazement at how old the Colosseum is, you don’t worry about people trying to hustle money from tourist.

Despite that, it’s an experience anyone who has love for history, art and architecture must take in one day. When you hear the phrase, “They don’t make it like that any more,” they could easily be talking about 90 percent of Rome.

At night, Rome is a different animal altogether. It then turns into any metropolitan city that is packed with people. Parking is horrendous, groups of drunk, loud and boisterous people roam the streets and the night clubs stay open until the sun rises.

The food can be great, but it’s not better than your favorite restaurants in America. What does make it stand out is its freshness. Most of the dishes revolved around fresh seafood, and a meal consist of three courses. You normally will devour a bowl of mussels and clams and mushroom-covered bruschetta bread before you even get to the main course.

Also, when the waiter stares at you in amazement, mouth wide open and hands in the air, when you order fresh pineapple to eat with your calzone, don’t take offense to it. At least that’s what I had to tell myself.

Meals can last late into the night because conversations are an expected part of the dining experience.

Rome is also a great hub make day trips throughout the country from. Florence, Tuscany, Venice and Naples are all in driving distance or an easy train ride. You can also visit islands such as Capri, where you can inhale even more local history on the Mediterranean Sea.

Unfortunately, some aspects can’t be overlooked. Rules of the road don’t seem to apply in Italy. People drive how and where they want in cars that are no bigger than cardboard boxes for TVs.

Customer service in parts Italy leaves much to be desired. If you can’t speak the language, don’t expect much help from the locals. Rudeness seems to be a way of life. That’s especially true for the transit workers who couldn’t care less if you made your train or got onto the right one at all.

That just means you need to be extra prepared and have all information handy. The Italians don’t make it easy on you, but it’s not impossible to still enjoy your trip.

The day I was scheduled to leave the country, a 6.2 earthquake struck the region. More than 240 people were killed and several small towns outside Rome were decimated. Even parts of Rome itself was damaged.

Despite that, the planes from around the country kept on coming filled with tourist looking to walk in the footsteps of history. That will always make the country a popular location for a long time.