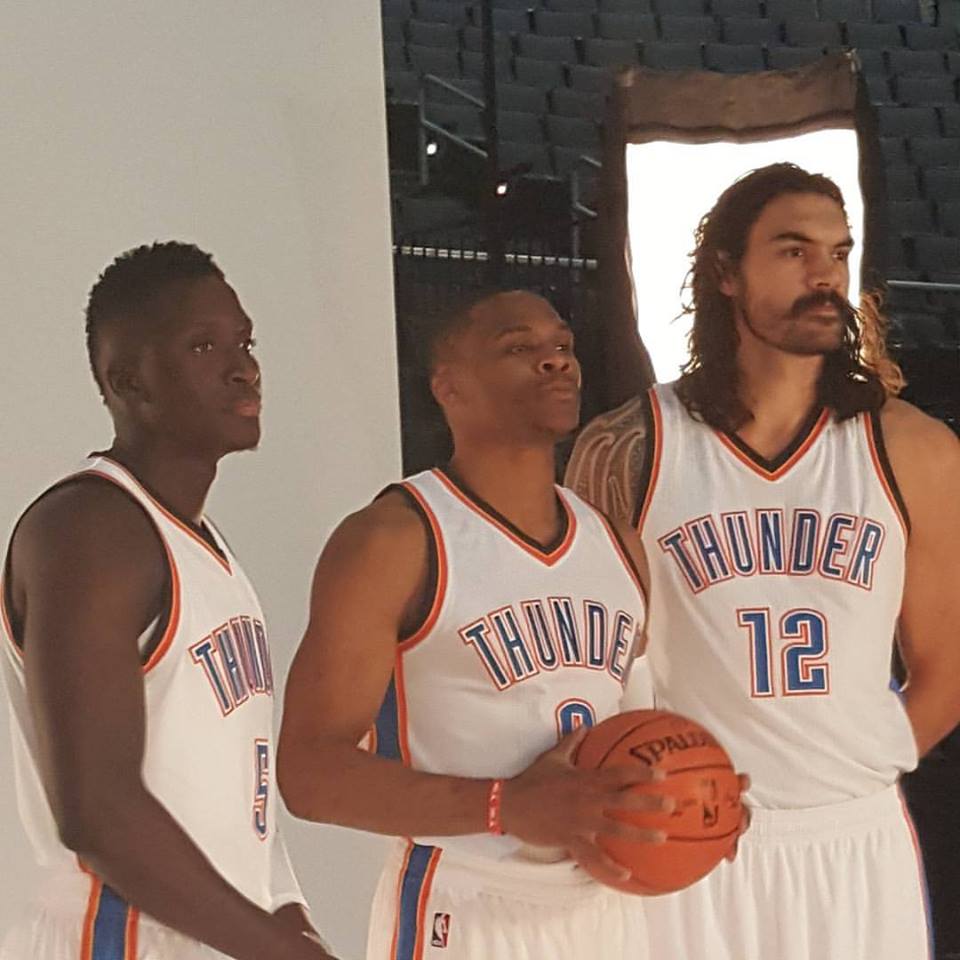 The build up around the first encounter between Oklahoma City’s Russell Westbrook and Golden State’s Kevin Durant was humongous. It was easily the biggest game of the early NBA season.
The hype dwarfed the actual play on the court as the Warriors rolled to a 122-96 victory over the Thunder on Thursday in Oakland.
Oklahoma City must quickly regroup and prepare for a young, talented Minnesota Timberwolves squad Saturday at the Chesapeake Energy Arena. Tip-off is set for a rare 5 p.m. central start.
After starting the season 4-0, to have their first defeat come in such a noncompetitive manner was not a pleasant experience for the Thunder.
“I understand you guys like, it’s the Warriors,” Westbrook told the Oklahoman. “They won. It’s fine. But we’re OK. We’re 4-1. It’s one game. We play on Saturday. So, simple as that.”
Besides Westbrook, Steven Adams, Enes Kanter and Andre Roberson, the rest of the team’s key performers are new to the level of intensity needed for that type of game. That showed in the second quarter, when the second unit looked rattled during a 19-1 run that blew the game open. Some of the newest members of the team were unable to respond.
“It’s going to be a great learning experience for some of the younger guys who had a chance to play,” Oklahoma City coach Billy Donovan told NBA.com. “We had the one difficult stretch there, a good portion of that second quarter, where we gave up some threes in transition and gave up some threes on second chance points.”
Minnesota is coming off a 102-99 loss to Denver Thursday that featured a letdown in the third quarter in which the Timberwolves were outscored 33-14 in the third quarter. They trailed by 13 heading into the fourth quarter and never quite got back on top despite Karl-Anthony Towns spearheading a late run.
“That third quarter is just haunting us right now,” Minnesota guard Andrew Wiggins told the Minneapolis Star Tribune. “I don’t know what it is. I don’t know what’s happening. We just can’t keep coming out like that after halftime. But we’re going to figure it out.”
The Timberwolves held a 12-point lead in the first quarter, marking the third time this season they owned a double-digit advantage but lost the game.
“It seems like we keep having half the puzzle done,” Towns told the Star Tribune, “and we don’t finish the puzzle.”
Towns had 32 points and 14 rebounds while draining a pair of 3-pointers against the Nuggets.
Towns’ versatility will provide the Thunder front line of Steven Adams and Enes Kanter a much different challenge than they faced in their two previous games against Golden State and the L.A. Clippers.
Conversely, the Timberwolves are going to have to face an upset and energized Westbrook. The Thunder point guard, who had been averaging a triple double, was held to 20 points, 10 assists and six rebounds in only 29 minutes of action Thursday.
“We’ll get ready for the next game, man,” Westbrook said. “It’s one game, one loss for us. We’ll move on, get ready for the next one.”