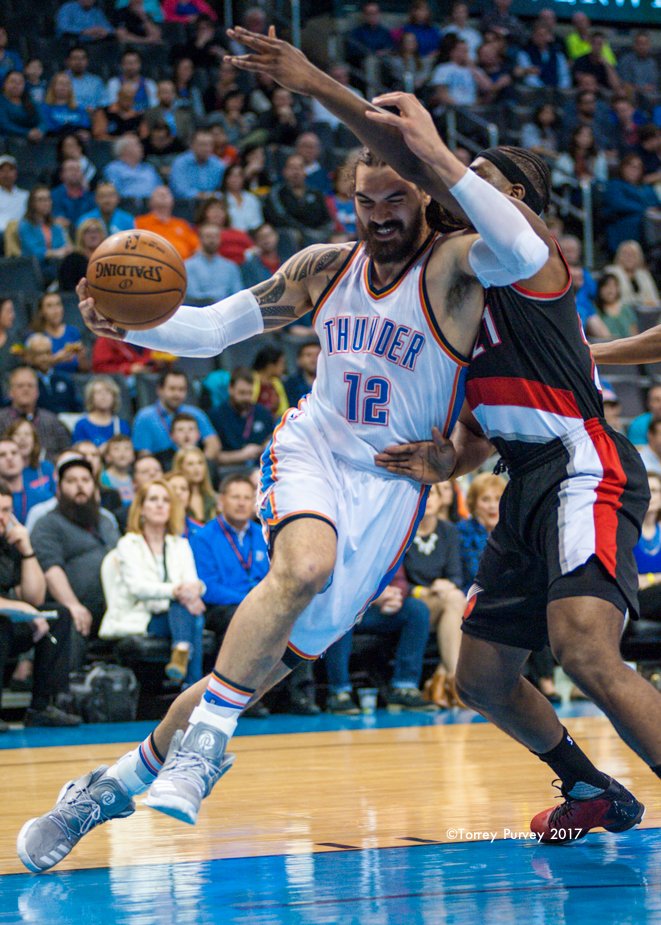 OKLAHOMA CITY — When the San Antonio Spurs and Oklahoma City Thunder meet Thursday night, it will be a matchup of two MVP candidates going in different directions when it comes to public perception.
The Spurs’ Kawhi Leonard is picking up steam as fans and media seemingly are just discovering the talents of the sixth-year forward, who was recently named Western Conference Player of the Week after averaging 32 points, 9.0 rebounds, 4.3 assists and 4.0 steals in 39.4 minutes. It was the fourth time in his career he had earned the honor.
“I hope (the MVP voters) understand,” San Antonio’s Pau Gasol told NBA.com. “I hope they see. It’s not hard to see if you really watch. I think he’s very much deserving of getting the MVP this season. The way he’s playing, the way he’s contributing on both ends of the floor, he’s not the guy that just puts up 30 points and that’s it. He makes huge plays defensively. So, to me, he’s my MVP.”
Oklahoma City’s Russell Westbrook has been an overwhelming MVP favorite for much of the year, averaging a triple-double, but many of his critics point to OKC’s record and say it doesn’t compare to the team success of other MVP candidates.
Even when Westbrook scored a career-high 58 points and handed out nine assists Tuesday, it wasn’t enough to prevent Oklahoma City from going home with a 126-121 loss to Portland.
However, Thunder coach Billy Donovan maintains that Westbrook’s true worth isn’t just in the numbers.
“I think what you have to do when you look at the MVP is you look at the whole totality of the team and what’s happened to the team,” Donovan said. “Who’s the guy playing with? What’s happened inside the team? Who’s been hurt? Who’s been out? What has he done to try to put the team in the best position to win?”
One thing both Westbrook and Leonard have in common is that neither will campaign for the MVP award. Both seem more concerned with how their teams are doing and putting themselves in position to win titles.
However, just like their star players, the Thunder and Spurs are going in opposite directions. While the Spurs have won nine straight and are looking to make a move on the No. 1 seed in the Western Conference, the Thunder have lost their last four and are losing ground in the Northwest Division. During the losing streak, the Thunder have allowed 115 points per game.
“Those stretches, it would be good if they didn’t happen, but that’s a part of the game. It’s going to happen anyway,” Thunder center Steven Adams said. “The main thing is: Even though they got that stretch, now they’re hot and we can’t stop them. Our defense still has to put them out. We’ve done it before. We’ve done it plenty times over the year.”
The Spurs are coming off a 114-104 victory in Sacramento on Wednesday in which neither LaMarcus Aldridge (rest) nor Leonard (rest) played. That could mean both will be in uniform against the Thunder.
However, with San Antonio playing its sixth game since March 1 and then facing the Golden State Warriors on Saturday, there is no telling whether coach Gregg Popovich will rest any of his players.
The Thunder can worry only about what they have to do, regardless of who is in the opposing uniform.
“It’s just our communication, that’s our biggest thing,” Adams said. “The bigs, we have to be up higher in pick-and-rolls and take more efficient routes to them. It’s all the small things. It ain’t scouting at all; it’s our discipline to our defensive system overall.”

Michael Kinney is a Freelance Writer with Eyeamtruth.com