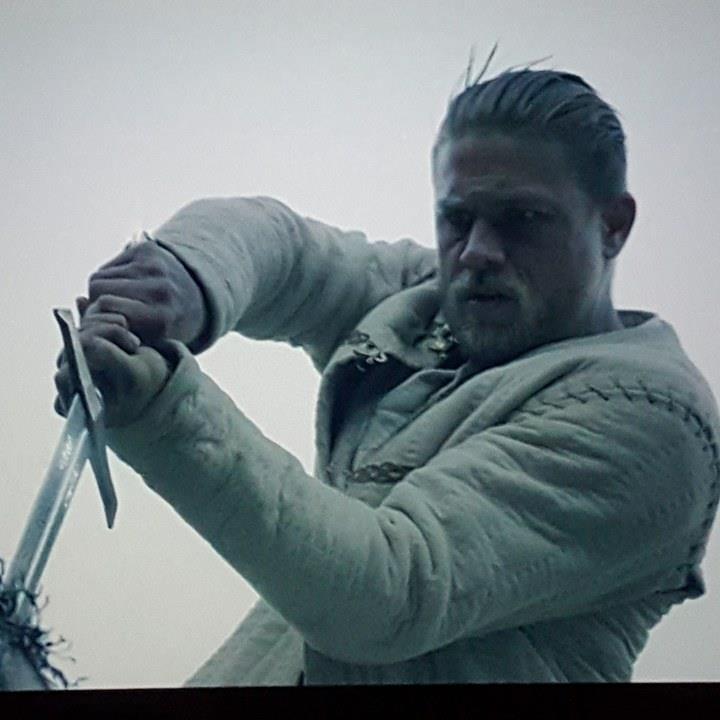 There are very few stories that have been told in as many different ways than the story of King Arthur. With his sword Excalibur, his knights of the round table and his wizard Merlin, the tale has been been pulled apart and put back together a thousand different ways.

That includes the horribly done First Knight (1995) with Richard Gere and Sean Connery. It was the first time I realized you can be too old to play certain characters.

Then came King Arthur in 2004 with Clive Owen and Keira Knightley. Once again, forgettable.

But that was the last major film made about the King Arthur legend. It was a sign that there were no more unique ways to tell the story.

Then Guy Ritchie burst through the door and screams challenged accepted with “King Arthur: Legend of the Sword.”

Staring CHarlie Hunnam in the title role, Arthur is forced to live on the streets as a young boy. He grows up poor and unaware of his lineage.

But one day, Arthur is forced to come to terms with who he is, where he came from, the power he holds and what he has to do because of his uncle, played diabolically by Jude Law.

This is not Ritchie’s first time to take an old character and give it an updated, new century feel. He did the same with Sherlock Holmes. Starring Morton Downy Jr. and Law, he turned the stiff unemotional British detective into a wise cracking, flawed hero.

With King Arthur, he did much of the same transformation. Ritchie made Arthur the coolest dude on the block. From the clothes Arthur wears (Harold sports some of the smoothest jackets) to the very way he walks is pure 2000s. But Harold pulls it off well.

The movie is not without its flaws. Àstrid Bergès-Frisbey is a witch who guides Arthur into becoming the King. Her acting leaves a lot to be desired and the dialect she chooses to use in the film makes her sound like a German robot who just learned to speak.

Also, much of the original King Arthur plot was stripped away. Certain major characters are either taken out all together or just thrown into the film in minor roles.

In other words, this is not your grandfather’s King Arthur.

Ritchie basically turned The Legend of the Sword into a super hero origins movie. Something that you normally see with the X-Men or any of the Marvel comic book characters.

Those are the biggest and best movies coming out today, so it would make sense that Ritchie and his co-writers would follow in the same super hero vein.

Yet, it works for the most part. Hunnam looks like he is ready to take his cult following from the small screen and become the next big action hero. Law is exceptional and the rest of the cast does their job (except Bergès-Frisbey).

“King Arthur: Legend of the Sword” won’t win any best acting or writing awards. But as far as pure entertainment, it’s well seeing.