Jaimie George has been through it all in her three years as a member of the Oklahoma City Thunder dance team.

So when George, a native of Yukon, joined 31 other ladies Thursday night at the Riverwind Casino for the final auditions for the 2017-18 Thunder Girls, she was in her element.

After more than two hours of auditions, George heard her named called for the fourth time to be a Thunder Girl.

“I’m just overwhelmed with what Thunder Girls gives to me, my experiences” George said. “And each year is completely different so to know that I can come back for a fourth year and see what it holds and what surprises are in store is just, exhilarating to me.”

George was one of 20 ladies who made the team this year. That includes six first timers that veteran Kayle Marshall said she will take under her wing and introduce them to this new world they are about to encounter.

“I think I can pass on just my past experience. I know what it’s like to be a rookie and how at times it can be challenging and it’s a lot to take in,” Marshall said. “And it basically takes a year to get everything down but its just breathing and taking everything in cause, not many people are able to get this experience so just live through the moment.” 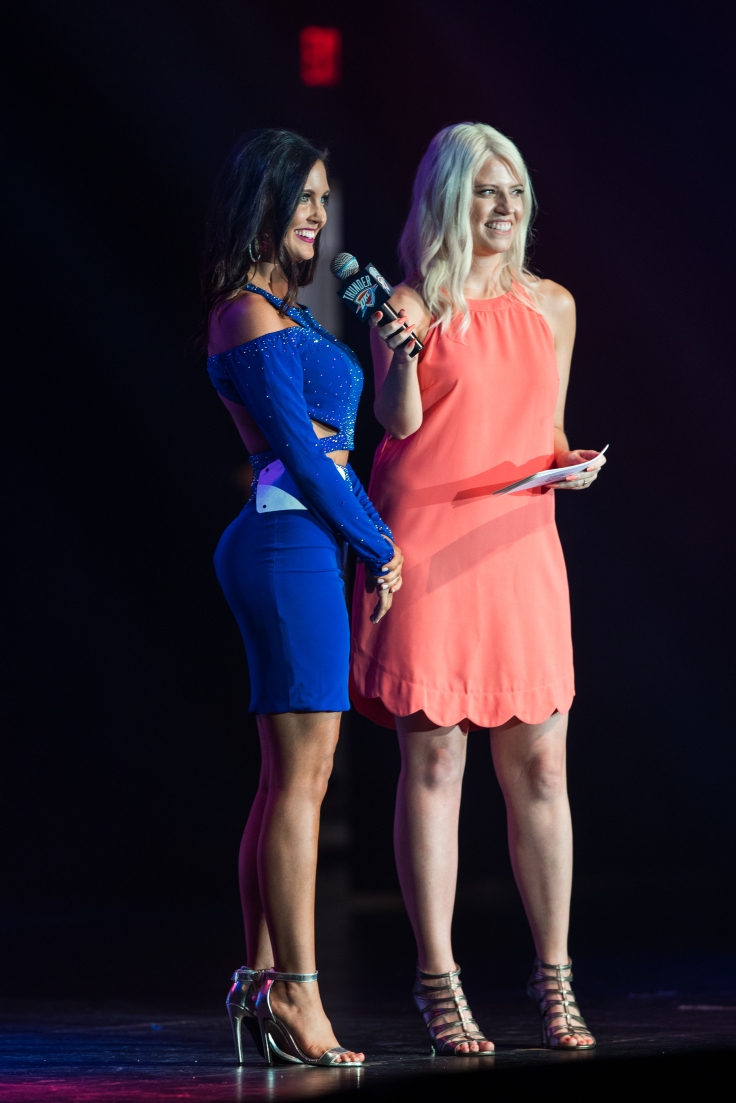 As in the past, the final audition was comprised of three rounds that included a question and answer segment, a choreographed jazz dance routine and an individual free dance where each competitor showed off their best moves.

Finalists took part in business interviews, fitness training and rehearsals to prepare for the finals.
“Tryouts are a very stressful week, honestly,” George said. “And people ask me like oh it’s your fourth year you’re probably not even nervous but, I mean you still have to get on stage and you have to do your best and I honestly think its harder because, coming back as a veteran, you have a standard to uphold so I just have to know that I have to beat myself from the year before so.”

Mustang’s McKenzie Downey made the team for the second straight season. She said her rookie season was a growing experience.

“I think I’ve definitely grown more confident in myself,” Downey said. “Just having all these wonderful people, surrounding yourself with people who challenge you, you grow. So I think that’s how I’ve changed the most.”

For George, each season she has been part of the Thunder Girls has allowed her to learn some valuable lessons.

“Over my first three years I’ve learned hardships gonna happen, you’re gonna get tired, you’re gonna get stressed out,” George said, “but you just have to lean on your teammates because we’re all in this together. You definitely can’t be an individual on the team.”

The NBA regular season doesn’t begin until late October. But the Thunder Girls will busy doing activities in the community and making appearances.

“I am extremely excited for the upcoming season with this outstanding group of talented women,” Carter. “These ladies work so hard all season long, and I look forward to the energy they will add to the Thunder experience at Chesapeake Energy Arena and serving as great ambassadors in the community.”

However, Marshall can’t wait until that first home game of the season when everything gets amplified.

“Oh my gosh, I’m so excited. It’s my favorite night,” Marshall said. “I love being back out there. It’s nice having a summer break but you miss it so much you just miss being at the arena so I hope it flies by and October’s here fast.” 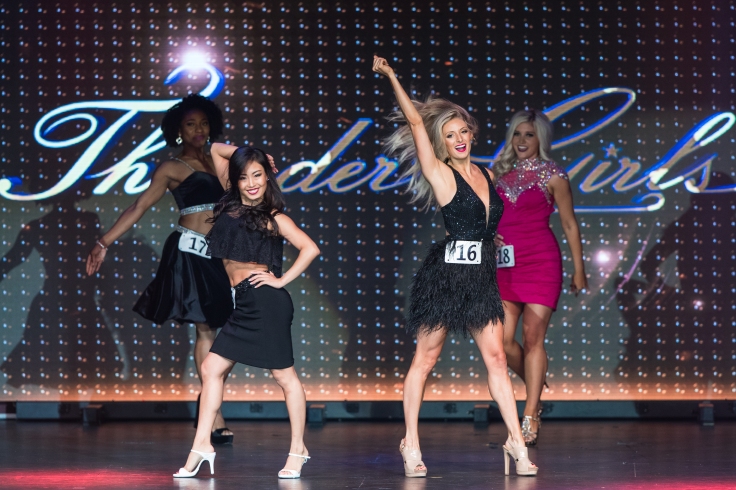