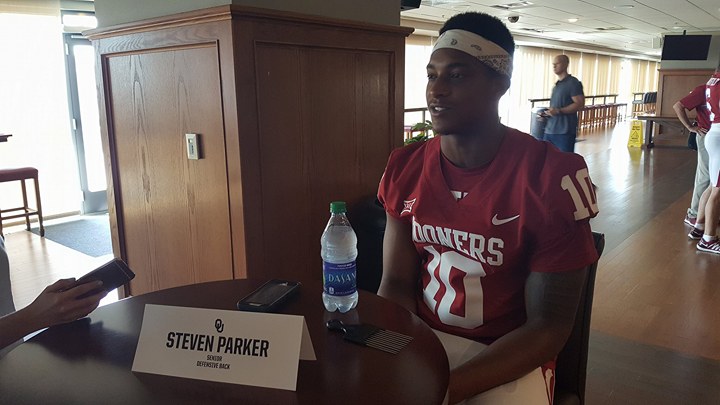 Steven Parker knows what is being said. The senior safety has heard the comments about his Oklahoma defense and how they could be the liability again this year.

But Parker isn’t paying too much attention to what others are saying. He is going by what he has seen in the offseason and how the team finished up the 2016 campaign when he proclaimed opponents better be on high alert.

“I’m just going to say we are some monsters out there,” Parker said. “We’re practicing great and running to the ball. I feel like this defense right here is a lot more together and a lot more willing to basically go and attack to get turnovers.”

That may sound like hyperbole for a unit that allowed 432 yards per game. That included 269 through the air.

However, the players who had to deal with defensive collapses say they have brought a different attitude into this season.

“It’s definitely a different mentality,” Jordan Thomas said. “I know for sure this is my last camp and know now that I couldn’t come back even if I wanted to. It’s something I’ve learned to appreciate. This fan base is great and we have another opportunity to go win a national championship, so we just have to play every game like it’s our last.”

The turnaround for the Oklahoma defense actually began last season. After several outings where they were getting embarrassed, it all came to a head against Texas Tech when they allowed future first round draft pick Patrick Mahomes throw for 734 yards and amass 819 total yards..

Despite winning the game 66-59, it essentially kept the Sooners out of the College Football Playoffs.

But from that dismal performance, the Sooners slowly began to find their form and ended the season by shutting down Auburn in the Sugar Bowl.

Defensive coordinator Mike Stoops took a lot of heat for the way his defense played last season. But he seems to see some good signs early on from his unit.

“Each game it varies. We know when we play good defense and we know when we do not play very good defense,” Stoops said. “It’s the way the world is and the way this league is. It’s different than any other in football. But we still know what winning football is and what not winning football is. I will let you know if we played good enough. As a whole, we need to play better and our players know that.”