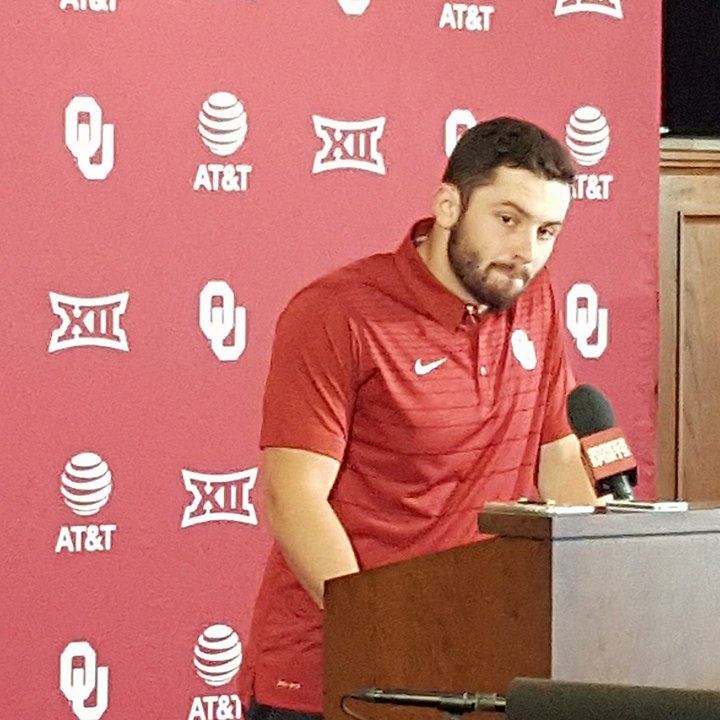 It’s hard to make sense of this year’s Oklahoma Sooners. One week they are beating the brakes off Ohio State, a few weeks later they are losing to former Big 12 doormat Iowa State.

The past two outings OU has struggled to hold off Texas and Kansas State, a pair of teams that can be labeled average at best.

“I think that’s just the team we are right now. We’re getting better,” coach Lincoln Riley said. “We’re learning more about ourselves and what it takes to play at a high level. And when we don’t do it, what some of the causes are. I don’t think it has been the same thing each week. The only way to put it is we’ve sprung different leaks. It’s not always been the same leak.”

Despite up and down play, Oklahoma quarterback Baker Mayfield’s faith in his team doesn’t seem to waver. Fresh off a comeback victory over the Wildcats, the Heisman trophy candidate says the Sooners haven’t come closing to reaching their potential yet.

For those that have an optimistic point of view, that is a great statement to hear. But for those who ride the pessimistic train, it doesn’t mean too much.

Since Oklahoma beat Ohio State in early September, they have looked like anything but a national title contender.

“We know we are a good team,” Ogbonnia Okoronkwo said. “We know we just have to put it all together. We do a lot of good things. I just feel like our team just needs to find a rhythm and stick with it.”

One of the things Okoronkwo said the team does do well is fight back when they do get down. When they trailed 21-7 on the road against Kansas State, he believes that was the best football the Sooners have played this season.

Oklahoma made the comeback with Mayfield not being 100 percent healthy. He missed practice all of last week due to a right shoulder injury. But Mayfield said it didn’t bother him on game day, which was exemplified in Mayfield running over defenders instead of sliding. He said he chose to return to that style because he sense his team needed a little jump.

“I went through some pain last week. But I said it was an injury that you fight through,” Mayfield said. “Football is a violent game. You’re gonna have bumps and bruises. You have to suck it up and go play.”

Yet, Riley says it’s not just Mayfield who has shown the same willingness to fight through adversity.

“We have a lot of guys playing through a lot of stuff right now that is not out,” Riley said. “But a lot of guys are persevering and fighting through some things.. You see that fight in our team all the way around. That’s why we are able to come back and win in a place like that when you don’t start off well.”

Oklahoma returns home this week to take on Texas Tech. The same squad that rang up 59 points and 700 yards in a loss in Lubbock last year.

“I’m very excited about this week. Great chance to get back home,” Riley said. “First true night game at home this year. We’re looking forward to it. Hopefully our fans, our crowd are excited about it. Big game against Texas Tech. One of the best offenses year in and year out. This year is no different.

This is going to be our biggest recruiting weekend of the year. We will expect to play well and have a great atmosphere behind us at 7 p.m. Saturday.”