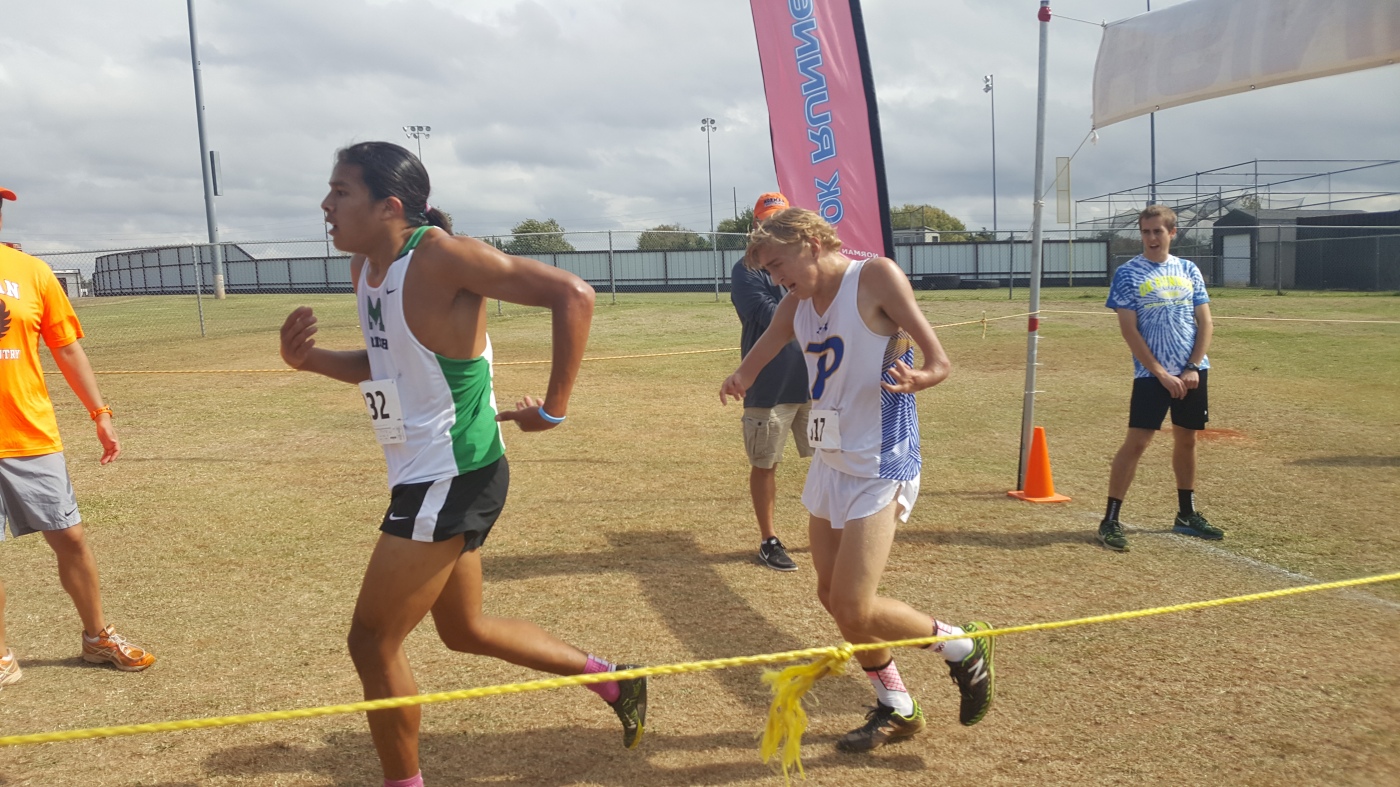 One of the first cross country meets of the season just happened to take place at Piedmont in the second week of August. Under the hot summer sun, Jadon Barker made his first varsity start for the Pioneers and it didn’t go particularly well.

Barker ran a 19:25 over the 5K course. That was good for 21st place and one spot from getting a medal.

Fast-forward to Oct. 21 and Piedmont is competing for the 5A boys regional title and a spot at the state meet.

This time around Barker wasn’t on the outside looking in. He shaved almost two minutes off his time from August and ran a 17:27 to take seventh place, which would have automatically qualified him for the 5A state cross country championships if Piedmont hadn’t qualified as a team by taking second behind Guyman.

The Pioneers are still the team to beat in class 5A boys, but they can expect challenges from Guyman and Carl Albert.

For the 5A girls, Bishop Kelly, Elgin and Clarmore look to battle for the team title.

In class 6A boys and girls, it’s all about four schools. Norman, Bartlesville, Owasso and Deer Creek.

“At state I want to be second on our team like I was (at regionals) and get a considerable amount below my PR,” Barker said. “And help our team win state. I am really invested in the team this year.”

The fact Barker will be competing at state is something that was implausible to him a year ago.

“If I had told myself last year where I am right now,” Barker said, “there is no way I would have believed it.”

That’s because as a sophomore Barker was running with the Piedmont junior varsity squad. Even more amazing is that he was the No. 4 or No. 5 runners at most of the JV meets.

Barker’s rise up the ranks has even surprised his head coach Kelly Beck.

“He’s been kind of a mid JV kid for two years,” Beck said. “Had a really great track season last year. Had a great summer and just came in this year and has just been fantastic. I’ve not seen an improvement out of a kid like that before in my life. He is probably one of the hardest workers I’ve ever been around. And he is also one of the best competitors. He has the heart, he has the drive to be good. He puts it all out there. He is pretty impressive.”

Barker wasn’t satisfied with the role he had the two previous seasons and knew a transformation was in store.

“The big thing is I changed my diet,” Barker said. “I changed my lifestyle. I changed it so my life revolves around running. And definitely pushing myself in practice helps a lot.”

The inspiration behind the transformation for Barker was a simple one. He loves to run and wanted to continue it past high school.

“I did it because we had a chance of getting to state,” Barker said. “And I just recently took up the goal of running in college and I want to be able to do that.”

That may seem like long odds for a runner who didn’t reach varsity until his junior season. But Barker has proven he doesn’t care about the odds.

Barker was born without the radius bones on both his arms and without a section of his palate. Yet, after countless surgeries Barker refuses to look at it as a disability or slow him down.

Beck can attest to Barker’s self reliance.

“He is one of those kids who doesn’t ask for help. He ants to do it by himself,” Beck said. “That’s always kind of been the way he’s been. I talked to some of him elementary school teachers, middle school teachers and they say the same thing. Just a hard working kid. It’s just great to see a kid like that succeed at the highest level.”