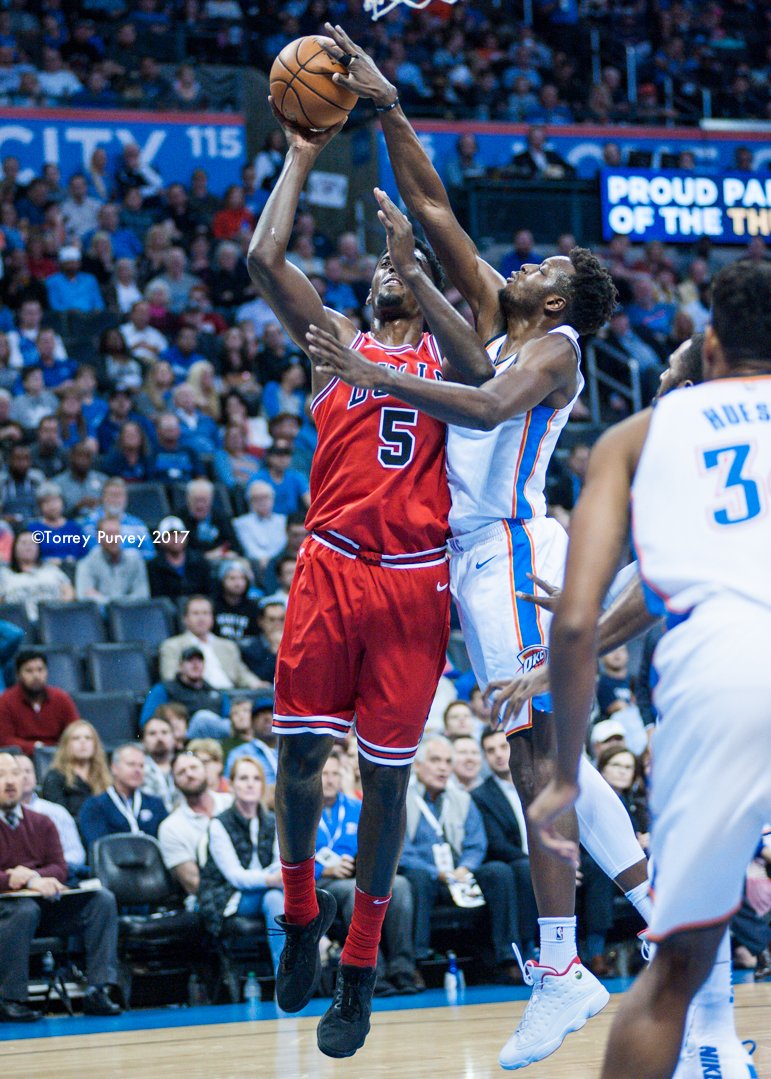 The Oklahoma City Thunder head to Orlando for a Wednesday night tilt with the slumping Orlando Magic. While facing a team that has lost nine straight would seem like the perfect slump buster, the Thunder can’t afford to look at it like that.

After losing two straight since beating the Golden State Warriors, Oklahoma City is once again trying to find its way out of the losing skid they have put themselves into.

For Thunder guard Russell Westbrook, there is one trait he wants to see from his squad when they take on the Magic.

“Go have fun and compete,” Westbrook said. ‘That’s it. Win the game. The other stuff is cool, you just have to win the game. “

Tough stretch nothing new for Melo

During his long career, Carmelo has experienced many different aspects of the game of basketball. So the Thunder going through the type of skid they have been missing is not new to him.

When Anthony was asked if he has ever experienced a team not meeting expectations, his response harkened back to his New York days.

“Did you watch the last couple of seasons,” Anthony said with a laugh. “There goes your answer. I haven’t had the talent in defense of that. But I have been in these situations plenty of times. These situations can start something, they can be a trickle-down effect, it can be a domino effect. Or you can use it as a launching pad to correct some things and try to get a road win. If you can get that win, on the road, it makes it a little bit more special because it’s on the road.”

While Oklahoma City’s offensive woes are no secret, what they are doing on defense has come as a surprise to many. The Thunder are second in points allowed, seventh in opponents field goal percentage and first in turnovers created.

“We just need to continue doing what we’re doing,” Westbrook said. “Being disruptive, rebounding the basketball.”

Anthony believes the key to Oklahoma City’s defensive presence has been teamwork and everyone playing their role.

Late Tuesday afternoon, Memphis fired head coach David Fizdale. Thunder coach Billy Donovan, who has known Fizdale from their days of working in Florida at the same time, was not happy to see his friend let go.

“I’m disappointed. He’s a great guy, a terrific coach. It’s unfortunate. I don’t know all the things that go on in those type of decisions,” Donovan said. “But I know as a man, a guy, a friend, he’s a really good guy. A really good coach. To me, it’s unfortunate that a guy who was there not even a year and a half has had a decision being made on him. That’s unfortunate.”

Because reports claim Memphis center Marc Gasol had issues with Fizdale, Donovan was asked do coaches need to have a good relationship with their star players.

“I don’t want to comment on his relationship with Marc. That’s between those two,” Donovan said. “I think every coach in the league always wants to have a good relationship with their players. So for me to sit here and say they didn’t have a good relationship, that’s not for me to say. I think every coach wants to go in there wanting to work with the players, have it be a partnership and a joint effort to work together. Because there are a lot of challenges that come up through the course of 82 games that you’re trying to figure out and work through to help one another. So I think every coach is striving and looking for those kinds of things.”