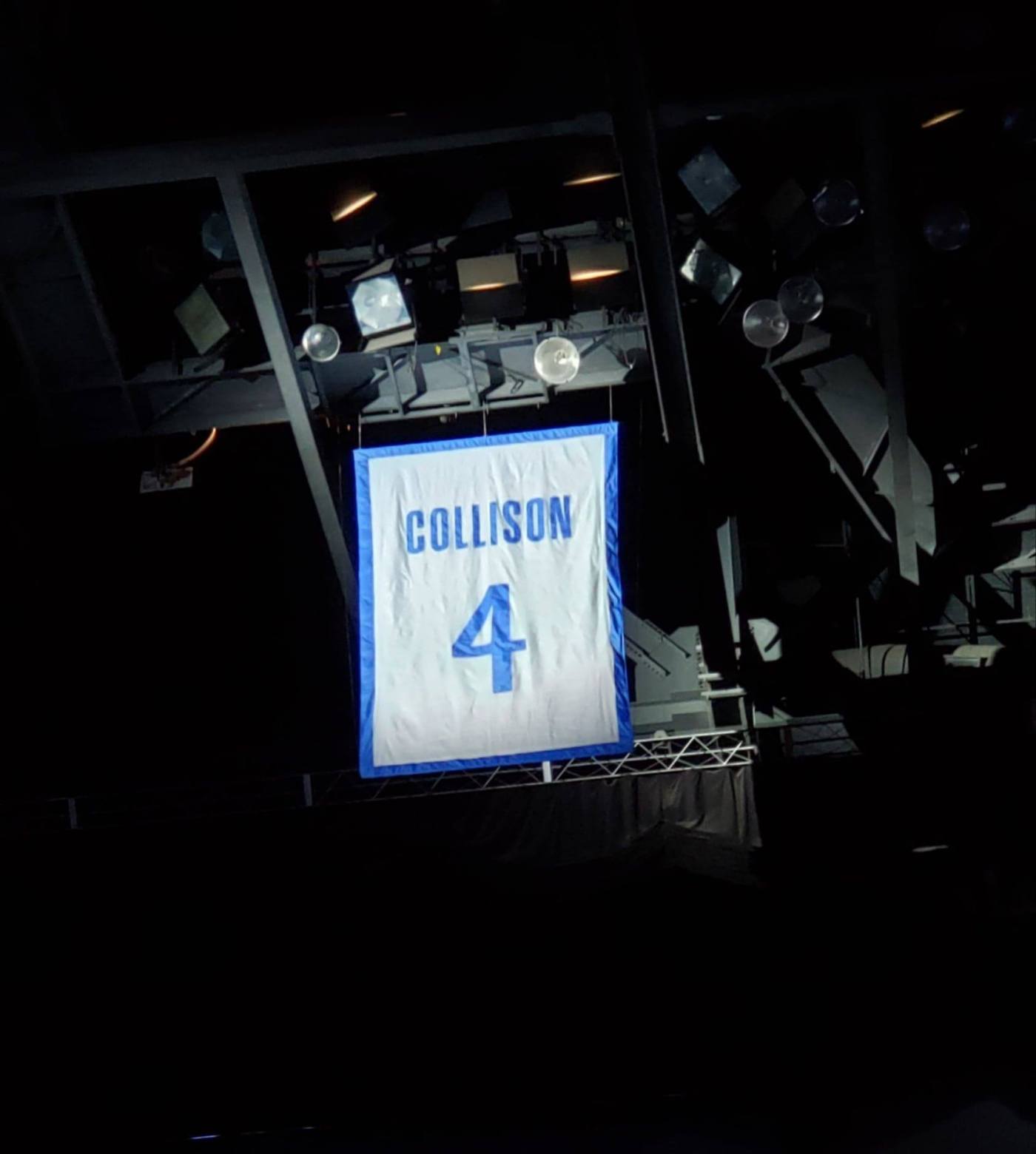 If there was ever a player who epitomized the saying, ‘the numbers do not tell the whole story,’ it would be Nick Collison. The former Oklahoma City big man played 15 years in the NBA and posted modest statistics at best.

However, Wednesday night Collison was the center of attention before the Thunder took on the Toronto Raptors when he became the first player in Oklahoma City Thunder history to have his number retired. The man affectionately known as Mr. Thunder now has his No. 4 now hanging in the rafters at the Chesapeake Energy Arena.

“I could have never expected something like this,” Collison said. It’s really a special night for me and my family. It’s been a long run and to be able to have the career I had here, and have a celebration like that, I feel very fortunate.”

Collison was drafted in 2003 by the then Seattle SuperSonics. He stayed with the franchise when it moved to Oklahoma City and became the Thunder.

“It was difficult because I liked where I was at,” Collison said of the home he had made in Seattle. “When franchises move, it’s not easy for anybody. It’s a difficult thing. I liked where I was at. The team ended up moving. That’s the way the business works. Luckily, we came to a great place and it’s worked out incredibly for me and the team since then. I’ve really learned to love it here. People have been great to me. They were great to us from the very first day. Ended up becoming a special, special thing, coming out of a thing that was difficult at the time. Again, I’ve been really fortunate with the way things worked out for me.”

Over 910 regular season games, Collison averaged averages of 5.9 points, 5.2 rebounds and 1.0 assist in 20.4 minutes per game. He also played in 91 postseason games where he averaged averaging 4.3 points and 3.8 rebounds in 16.8 minutes.

But those numbers do not tell everything that Collison meant to a franchise. The low-key, quiet leader was a glue guy. He did the things that went unheralded in the press but were key to helping build a title contending team.

“For me, it was just doing my job. Whatever experiences I had before I got here, the way I viewed playing and my job as a basketball player was to do as much as I could, do whatever it took to the best of my ability to help the team win,” Collison said. “I think you just do that day after day, and I think that’s what the culture is here. Just doing the work day after day. We started from scratch. Everybody knows the story. We weren’t very good. We had a lot of things to prove. We just did it by doing the work over and over again. I think that’s kind of what it is. There’s really no magic to it. You have to be able to accept responsibility and do the work.”

During his speech, Collison said the thing he missed the most was being around his teammates.

This was shown by the number of former teammates who showed up in Oklahoma City to celebrate Collison’s honor. They include Kevin Durant, who sat up in the suites to watch the festivities.

The current members of the Thunder were also impressed with the entire ceremony.

“It was beautiful, it was really, really good. It was really good for the organization too, to retire the jersey says a lot about him,” Thunder center Steven Adams said. “It was really wonderful. I miss the old bastard. I miss him but it was a beautiful moment.”

Michael Kinney is a Freelance Content provider with EyeAmTruth Media