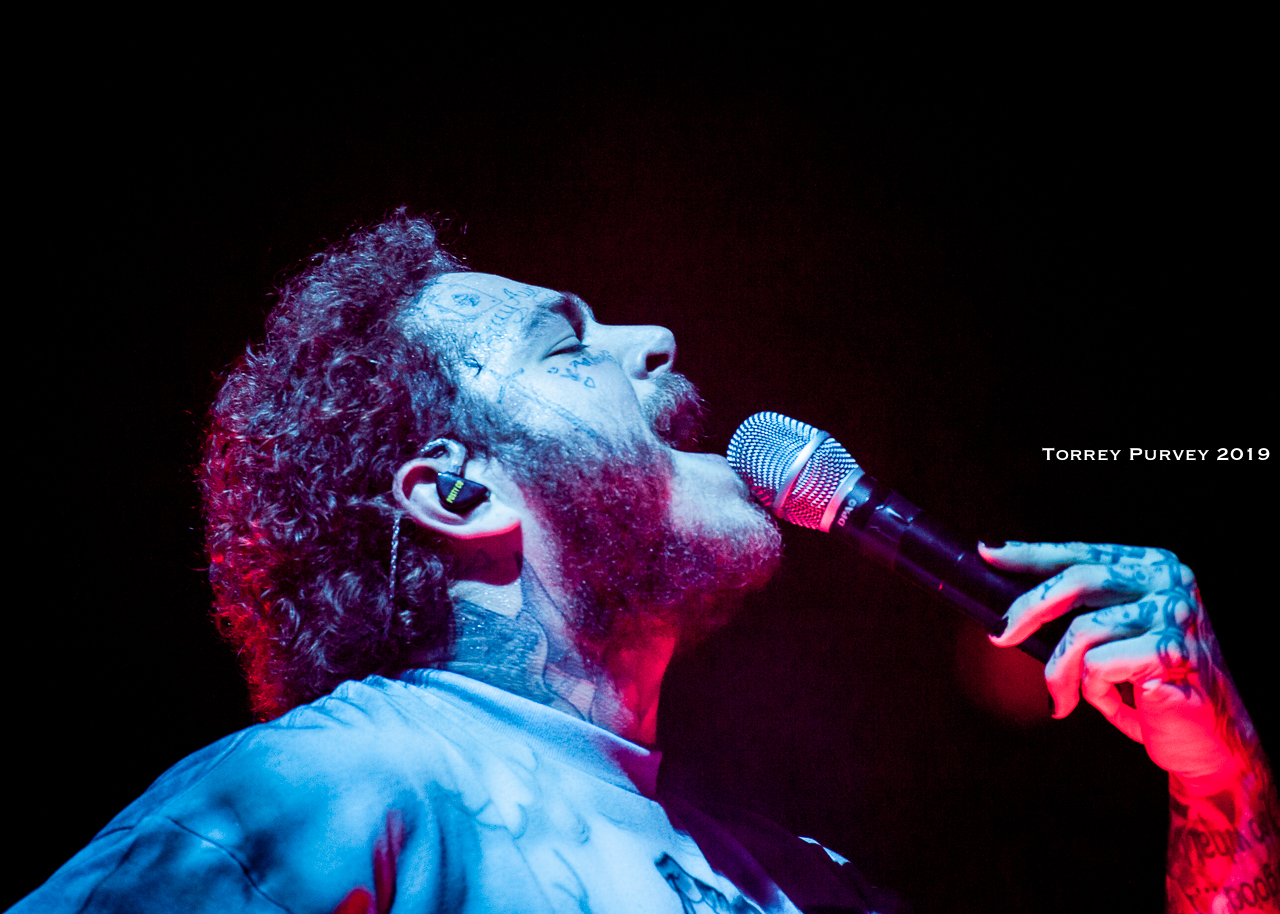 Special to The The Yukon Review

OKLAHOMA CITY– As I walked into the Chesapeake Energy Arena Nov. 4, I had no idea who Austin Richard Post really was. Yes, I knew of a couple of his songs such as Sunflower, but I didn’t even know what he looked like. I had intended to “Hey, Google” him, but decided to go into it with a blank slate impression.

I didn’t really have high expectations of what type of performance I was going to see at the Runway Tour. But by the end of the night, I came to understand what all the hype was around the unique brand that is Austin Richard Post, AKA Post Malone.

The night started out with a single opening act. Swae Lee, one half of hip-hop duo Rae Sremmurd. However, Lee didn’t need his brother to put on an electric performance.

“Oklahoma, yall’s energy is incredible,” Lee yelled to the fans early in the night.

For nearly an hour, Lee performed a variety of different songs with just him and one dancer on stage. His set included Close To Me, Won’t be Late and Unforgettable.

Lee made several trips into the audience where he gave out hugs handshakes and sung to fans. His performance was good enough to be the main act on many tours, but it was just a taste of what the more than 13,000 fans on hand came to see.

After a 30 minute intermission, it was Post Malone’s turn. On a long stage built to look like a runway, he didn’t waste any time turning up the energy and the volume with Hollywood’s Bleeding from his chart-topping album of the same name.

Just to show how much of a phenomenon he has become, after its first six weeks on the charts this fall, Post moved 85,000 album units, comprising 8,600 actual album sales and 94.1 million song streams.

The rest of Post Malone’s setlist included Goodbyes, Die for Me, I Fall Apart and White Iverson.

Just to show off his skills, Post Malone also pulled out a guitar and performed “Stay” acoustically.

To close out the night, Post Malone brought Swae Lee back out onto the stage to perform their hit Sunflower, which was on the soundtrack to the film “Spiderman: Into the Spider-Verse.”

All told, Post was on stage for nearly two hours straight, by himself. No band, no dancers, no elaborate gimmicks. It was basically just a man and his mic singing about broken hearts, lost loves and life.

Post dedicated many of his 20 songs on his setlist to those who have been hurt by love. But he also talked about the hardships of making his career. When he got to White Iverson, Post Malone told the crowd, this was the song that took him from sleeping in his car to living his dreams.

As I mentioned, I had no clue what to expect when I first walked into the arena. But now I do. Covered in tattoos, he is a one-man hurricane of energy and passion that knows how to give everything to his fans while on stage and in his music.

“Words cannot explain how grateful and how blessed I am to be able to come here on a night where there is no hate, there’s no, there’s no violence,” Post said. “There is just love. No matter what is going on with me, being able to come out here and sing these songs with y’all, saves my life every day. I just want to say thank y’all.”

Post Malone’s final song of the night was his hit Congratulations. But he had a few words to those that doubted he would ever sell out arenas across the country as he did in Oklahoma.

“Whenever White Iverson came out, my life changed in a positive way. But it also changed in a negative way.” Post said. “There were people that wanted to talk down to me, call me every name under the sun. Call me a one-hit-wonder. It’s OK, because those same (people) are the same ones who see me walking down the street and they always put out their hands to say congratulations!!!”