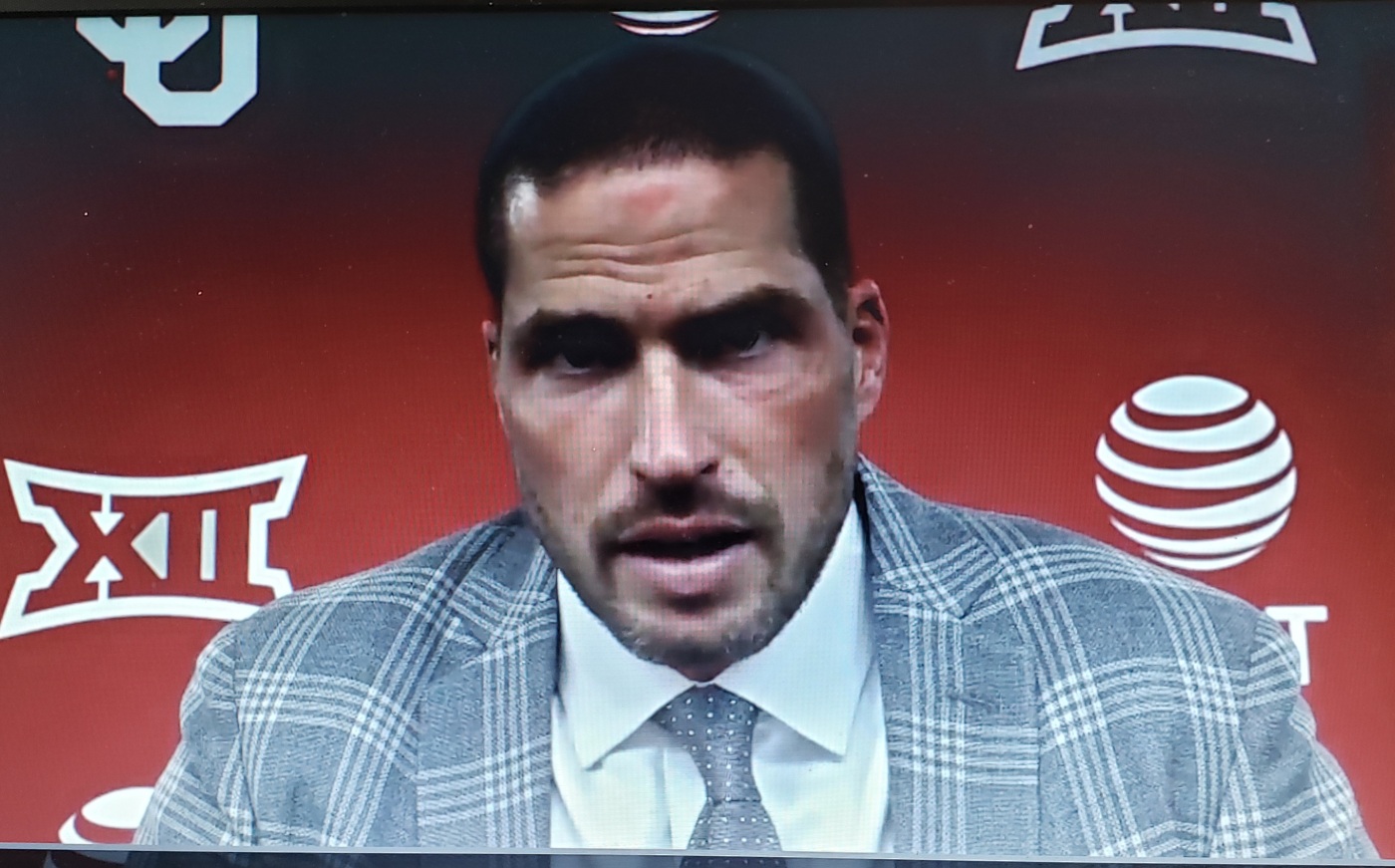 Every Oklahoma player and fan knew the 2020 season was going to be unlike any other in the history of the program. Unfortunately, for coach Lincoln Riley and his crew, it’s not good history.

The Sooners took their first road trip of the season Saturday when they headed North to Iowa State. And for the second week in a row, OU came up short in the most crucial moments as they dropped a 37-30 heart-breaker to the Cyclones In Ames.

Oklahoma had not lost back-to-back regular season games since Oct. 2 and 9, 1999, which was Bob Stoops’ first season as head coach.

“Obviously our backs are against the wall as a football team. We know that, we understand that, we accept that, Riley said. “Our guys are hurt. Most of the guys in that room have never experienced a start to a season like this, but it’s still how you respond.”

The Sooners trailed 23-20 heading into the fourth quarter. But they seemingly took control when after Gabe Brkic 51 yard field and a 3-yard touchdown pass from Spencer Rattler to Jerimiah Hall.

However, Iowa State responded with a big kick-off return to set up the game-tying touchdown.

“The biggest single play was probably the kickoff return because we had so much momentum after the turnover and touchdown,” Riley said. “That was a huge individual play.”

With 3:58 on the clock, the Sooners had plenty of time for OU to drive the field and attempt to tie the contest. It took six plays for the offense to get to the Cyclones 34-yard line.

That is when the Sooners went for it all and Rattler tried to hit Charleston Rambo, who was streaking into the endzone. However, Rambo was being covered by a pair of Iowa State defenders and the pass was intercepted in the endzone by Isheem Young.

“It was a great feeling to pull a W out and make history,” Young said.

Replays showed Rambo had his jersey grabbed, which slowed him down. An irate Riley was livid on the sideline that it wasn’t called and ISU went on to run put the clock and end the game.

“A tough loss,” Riley said. “A very, very kind of a gut-wrenching loss. We had a couple of tough calls that didn’t go our way. That’s part of life on the road. Again, we’re one play short.”

It was the first win for the Cyclones over Oklahoma at home since 1960. The 24 consecutive games had been the longest home losing streak to one team since 1936.

“It’s our senior class,” ISU coach Matt Campbell said. “We’ve got 16 seniors who came here on a dream that we someday could turn Iowa State football around. They came here at 3-9 and believed in us and believed in our vision.”

Oklahoma ended the night with 414 total yards. That includes Rattler throwing for 300 yards and two touchdowns on 25 of 36 passing.

“The biggest issue was missed tackles and just beating ourselves,” Patrick Fields said. “I had an opportunity to make two interceptions. We really beat ourselves.”

In both losses this season, the Sooner’s defense has given up big plays and plagued by poor tackling.

“What’s next? You throw work at it,” OU defensive coordinator Alex Grinch said. “So much of any issue that we have is simple, but it’s not easy. The fix is right there in front of us. Every tackle that was missed tonight (Saturday) is one that has to be made.”

Next up on the schedule is rival Texas, who will also be coming off a loss. The two will square off once again at the annual Red River Rivalry at the Cotton Bowl in Texas Saturday. Kick off is set for 11 a.m.