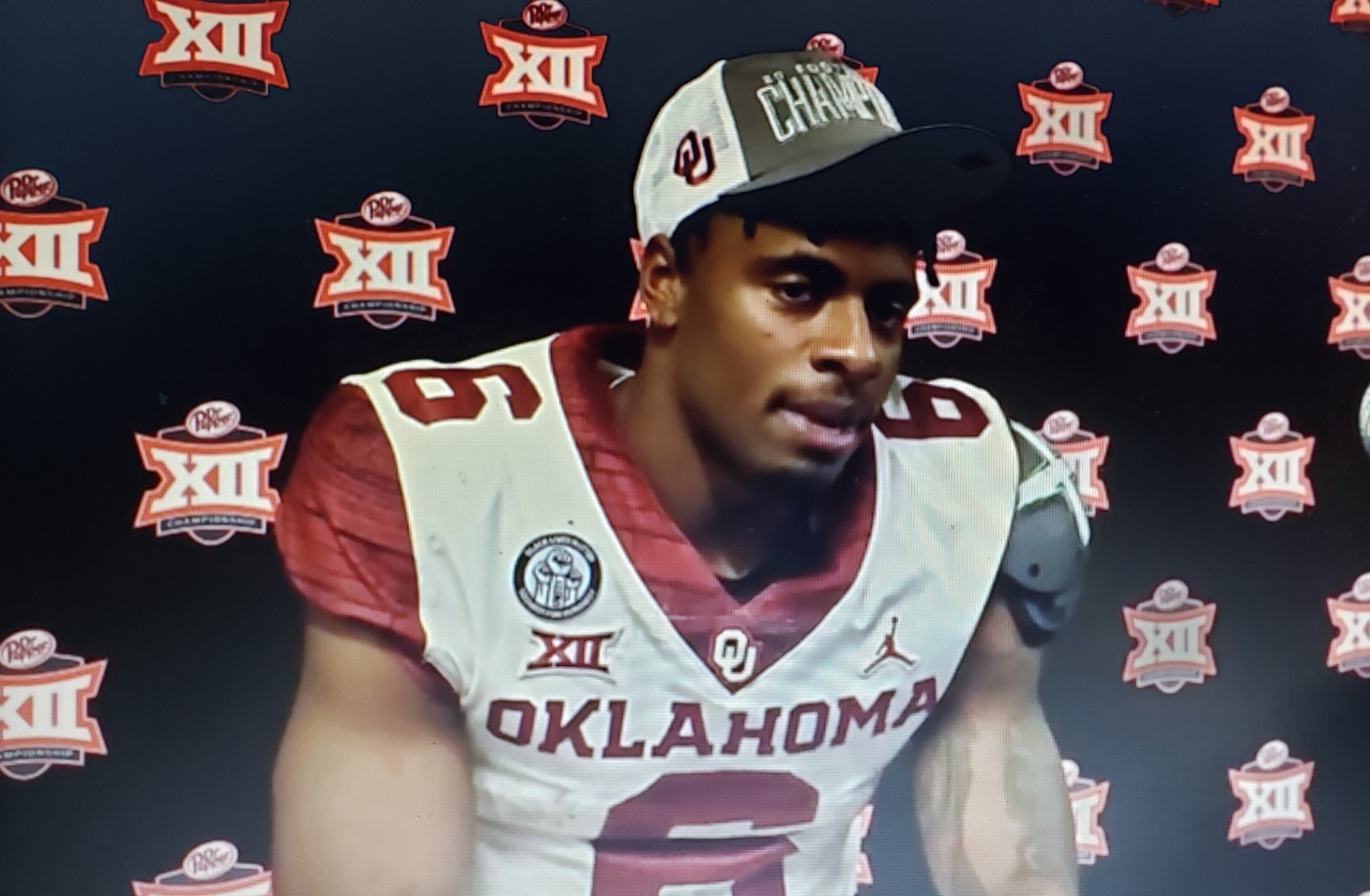 When Oklahoma got off to a slow start to the season and lost two early games, their opportunity of making a fourth straight College Football Playoffs was obliterated. Even with the unknown of playing through a COVID-19 season ahead of them, their chances were slim.

However, led by the late-game exploits of Tre Brown,  OU held on to win their sixth straight Big 12 Championship Saturday with a 27-21 victory Iowa State and found themselves on the verge of sneaking into the playoffs.

Unfortunately for OU, too many scenarios were out of their control when the final voting took place Sunday and they jumped spots to No. 6 in the CFP rankings. That put them two spots outside of the top four who will compete for this year’s national championship.

Even though The Sooners are not playing in the College Football Playoff for the first time in Lincoln Riley’s four-year head coaching career, he was still excited about what his team has accomplished.

“I think that everybody in our locker room believed that this was possible and, at that point, and what a tremendous run it’s been,” Riley said. “We have had to win games indifferent ways. Today was no different. We had to have different players step up and had to make key plays and just, yeah, it’s a little surreal, again, just all of these are. I mean, just sit back and think six in a row and that just doesn’t get done in college football very often. It’s so hard.”

This year’s CFP semifinals will feature No. 1 Alabama vs No. 4 Notre Dame and No. 2 Clemson vs No. 3 Ohio State on Jan. 1.  The National Championship is Jan. 11.

Texas A&M, which didn’t play for a conference title, landed at No. 5, one spot ahead of Oklahoma.

While the Sooners will not get the opportunity to play for a national championship, they did get placed in one of the top bowl games this season.

The Gators lost a 52-46 thriller to Alabama in the SEC Championship Saturday. If not for a horrible loss to LSU the week before, Florida might have still been in contention for a spot in the playoffs.

Despite their success, this will only be the second time the two programs have met head-to-head. In 2009, the top-ranked Gators earned a 24-14 win over the second-rank Sooners in the BCS National Championship in Miami.

Like most teams this season, Oklahoma had to deal with its own sets of adversity in dealing with COVID-19. The fact they made it to this point when just a few months ago it seemed impossible is something Riley didn’t want his players to forget.

“I just, I would just encourage everybody to think of their own personal hardships that they have had during this pandemic,” Riley said. “This pandemic, obviously it wasn’t just bad for us, it’s been challenging for each and every one of us. Everybody’s talked about how negative that 2020 has been and just it’s almost kind of become a catchphrase now. And I do think though the adversity also provides an unbelievable opportunity to do something special and that’s how we have tried to look at it this entire time through anything that came up was how awesome would it be to come back and everybody will remember. I think everybody will remember who won it this year. It’s the most challenging year any of us have ever had.”