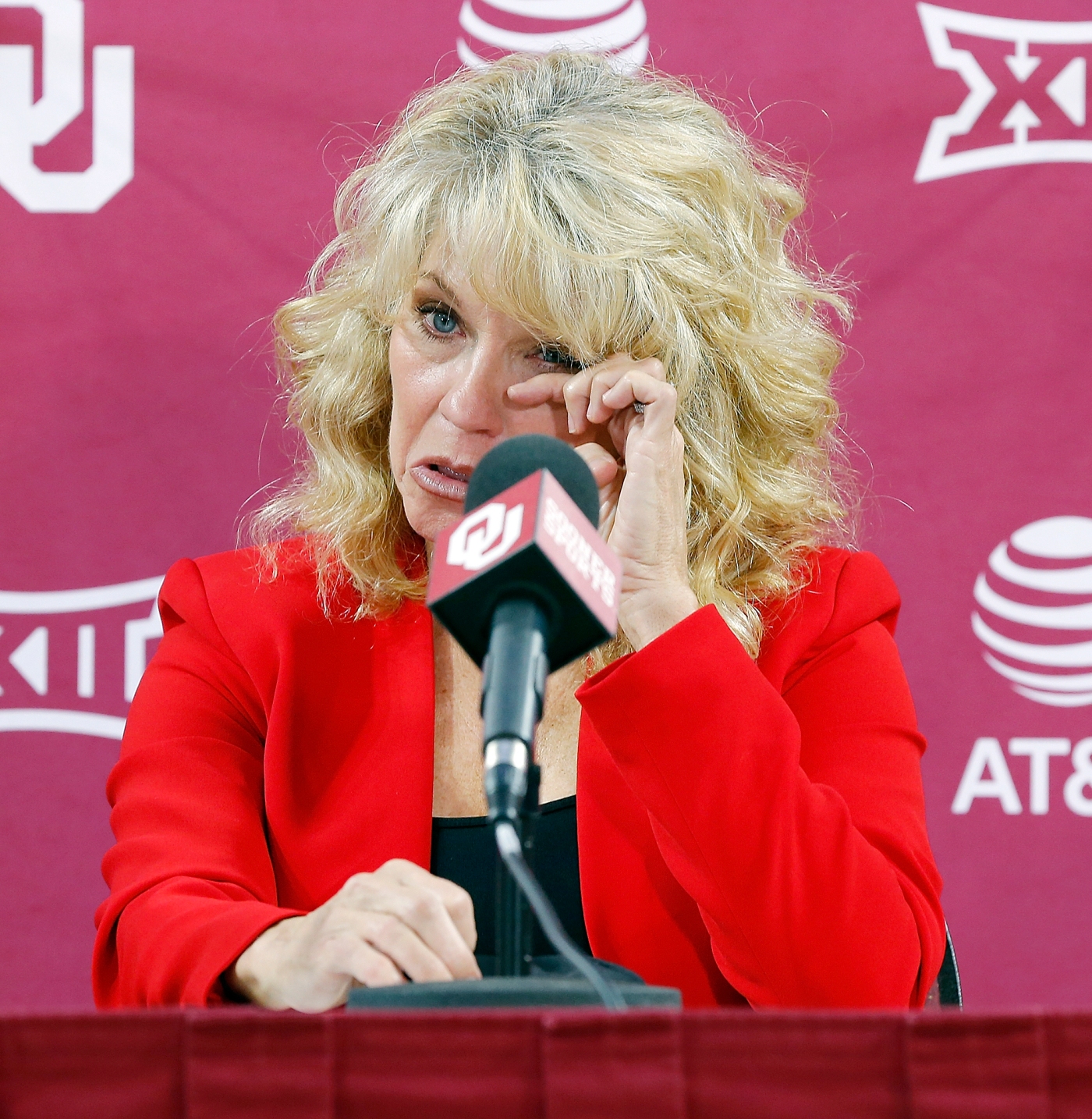 When Sherri Coale arrived at the University of Oklahoma in 1996, the women’s basketball program was in shambles. It was just six years removed from being on the verge of being eliminated altogether. At the time it looked like the former high school coach was going to have a pretty short tenure.

However, something else happened instead. Coale went on to become the all-time winningest coach in the program’s history, lead three teams to the Final Four and become a hall of famer in the process.

That journey came to an end Wednesday (March 17) when Coale announced she was retiring after 25 years at the helm and moving on to another path.

“Through much prayer and the gifts of a year that provided pockets of stillness most years never produce, I have amazing clarity,” Coale said. “Basketball was my first and deepest love and coaching has been this wonderfully amazing life that I can’t believe they pay me for. But there have always been other things I want to do. I’m ready to explore those things and I’m ready to run toward unfettered days with my brand-new beautiful granddaughter. Twenty-five years just feels right in my bones and in my soul.”

OU held a Zoom press conference Wednesday for Coale to make her announcement. Sitting at the same table was athletic director Joe Castiglione and on Zoom was OU President Joseph Harroz Jr.

“Sherri is an iconic coach who has made an indelible impact on the national landscape of women’s basketball. In the 25 years she has served as our head coach, she has influenced the lives of so many student-athletes and become an essential part of the fabric of our community,” said Harroz Jr. “Sherri personifies the purpose of our university — “To change lives.” We look forward to the next chapter of her story and are so proud of her as a leader of the OU community.”

Along with being elected to the Women’s Basketball Hall of Fame, Coale leaves OU with an impressive resume. She was a four-time Big 12 Coach of the Year and directed the Sooners to 10 Big 12 championships (six regular season, four tournament) and 20 postseason appearances, including 19 consecutive NCAA Tournaments. She finished her collegiate coaching career with a 513-294 (.636) overall record and a 253-167 (.602) mark in Big 12 play.

Under Coale, Oklahoma racked up 31 NCAA Tournament wins, which is good for 15th most among Division I women’s basketball coaches. Her three Final Four appearances are tied for eighth-most in history.

However, that type of success was few and far between in the final years of Coale’s run. Her announcement came less than a week after the Sooners (12-12) were eliminated from the Big 12 tournament by Oklahoma State and two days after being passed over for a spot in the NCAA tournament.

It was the third straight season the team had failed to qualify for the postseason. The team hasn’t made it past the first round since 2016-17 season. Despite that, in June she agreed to a contract extension through June 30, 2024.

Coale also had to deal with controversy in her final campaign when several former players accused her of racial insensitivity and even making racist comments during their time at Oklahoma. These accusations came in summer of 2020 during nationwide protests for social justice after the deaths of George Floyd and Brianna Taylor.

While not admitting to purposely being insensitive to her team’s black players, Coale ended up apologizing in a written statement. The university took no further action on the matter.

Coale said the entire final season she learned a lot about herself.

“If you want to boil what could be a 30-minute answer to that question down to maybe a line or two, I think more than ever I’ve been reminded that basketball has to stay on the right shelf,” Coale said. “And when it stays on the right shelf, not only do you enjoy it more, but it’s better. You do it better. And so as coaches, we have a responsibility I think to help our athletes keep that on the right shelf, because the world doesn’t want it to be there.”

Castiglione was asked about replacing Coale and what type of coach he is looking for to take over the program.

“This is a great opportunity, and I want someone who has the type of confidence to embrace it,” Castiglione said. “The right person is out there, no doubt about it. You’re at a place here at the University of Oklahoma that wants to succeed. It’s proven that it can win and get to the highest level and get to the Final Four. We haven’t won the national championship, but we were right there on the threshold.

“We want somebody who has the vision that could create a program that builds upon what we’ve done here and gets back to that point,” he continued. “We’re not going to shy away from those kinds of goals.”