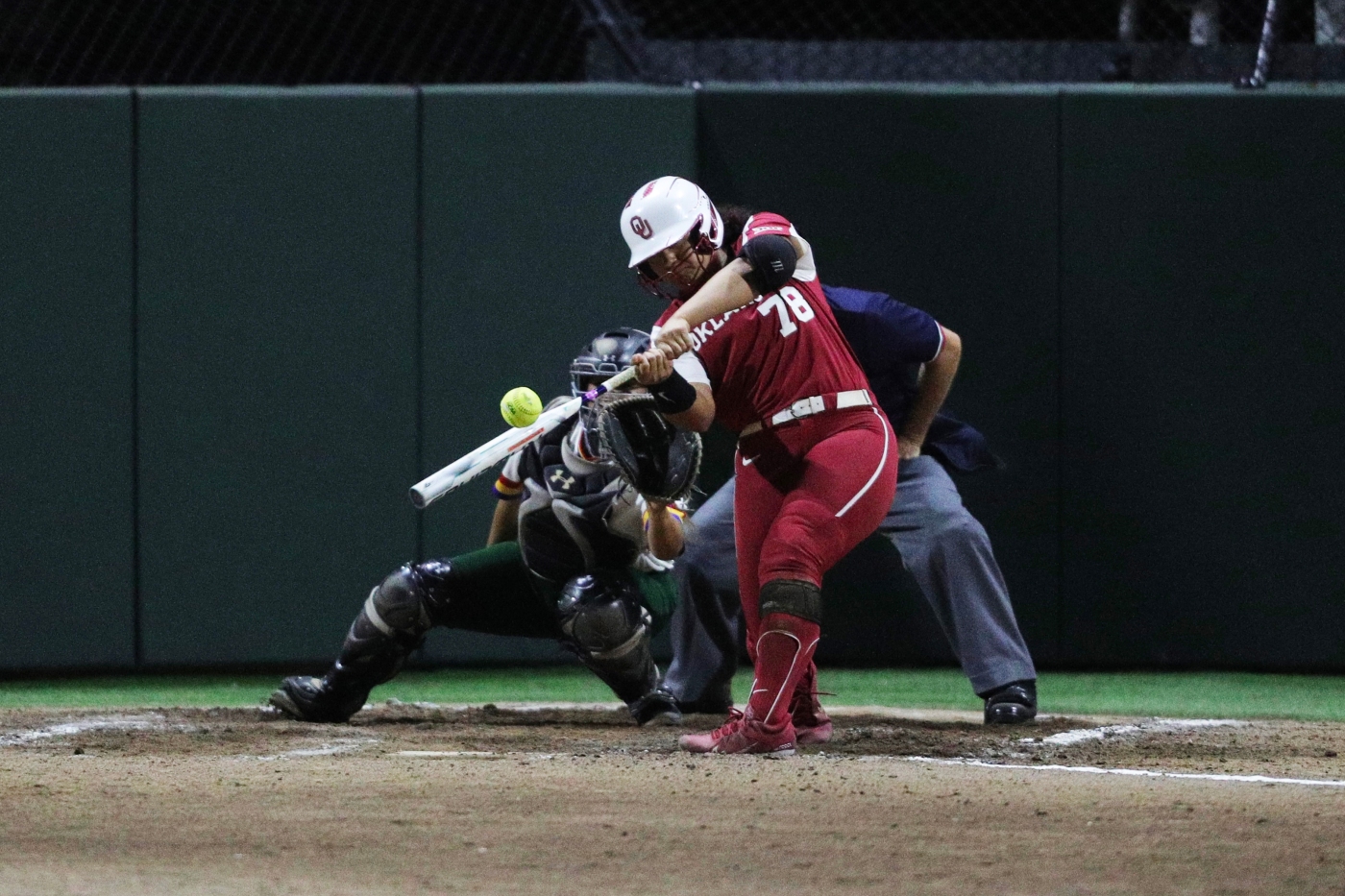 HONOLULU– Jocelyn Alo was waiting. The big bat in Oklahoma’s powerful lineup the past four years knew it was going to come, but that didn’t make the waiting easier.

Heading into Friday, Alo had 95 career home runs, which tied her for first all-time in NCAA history. But in the early morning hours of Saturday, she belted her 96th bomb to take first place all by herself as the Sooners rolled to an 11-0 victory over Hawaii at the Rainbow Wahine Classic.

“It definitely was a surreal moment, everything coming full circle and getting to do this in front of my home crowd was super exciting,” Alo said. “Looking up after, I was like ‘Dang, I’m so blessed to be home. Just to be home and do it in front of them (family), for them, I can’t even put it into words.”

Alo tied the record, which belonged to Oklahoma alum Lauren Chamberlain, back in February. But over the next eight games, it seemed like no opposing team wanted to be the one to give up the record hit. She was walked a combined 16 times during the stretch.

But once ALo, who is a native of Hauula 9Haw.), got to her backyard, the pitches started to come and she saw the one she wanted in the top of the sixth inning.

With a runner on base, Alo deposited a 2-run shot over the right-center fence.

“It’s definitely a weight lifted off my shoulders,” continued Alo. “I feel like now I can breathe, the team can breathe and we can continue to elevate our game from here on out.”

Alo, the reigning player of the year, finished the day going 3-for 3, with three RBI and redshirt senior Hope Trautwein struck out 13 to pick up the win as top-ranked Oklahoma moved to 19-0.

Senior Grace Lyons paced the team with a 1-for-2 showing including a three-run home run in the third to bring the game into run-rule territory.

Freshman Jordy Bahl went the distance to collect her eighth win of the season in shutout fashion, striking out six and surrendering just three hits and a walk.

The Sooners, who have played only one home game so far, will return to Oklahoma March 18-20h when they will host the Hall of Fame Classic at Hall of Fame Stadium in Oklahoma City.