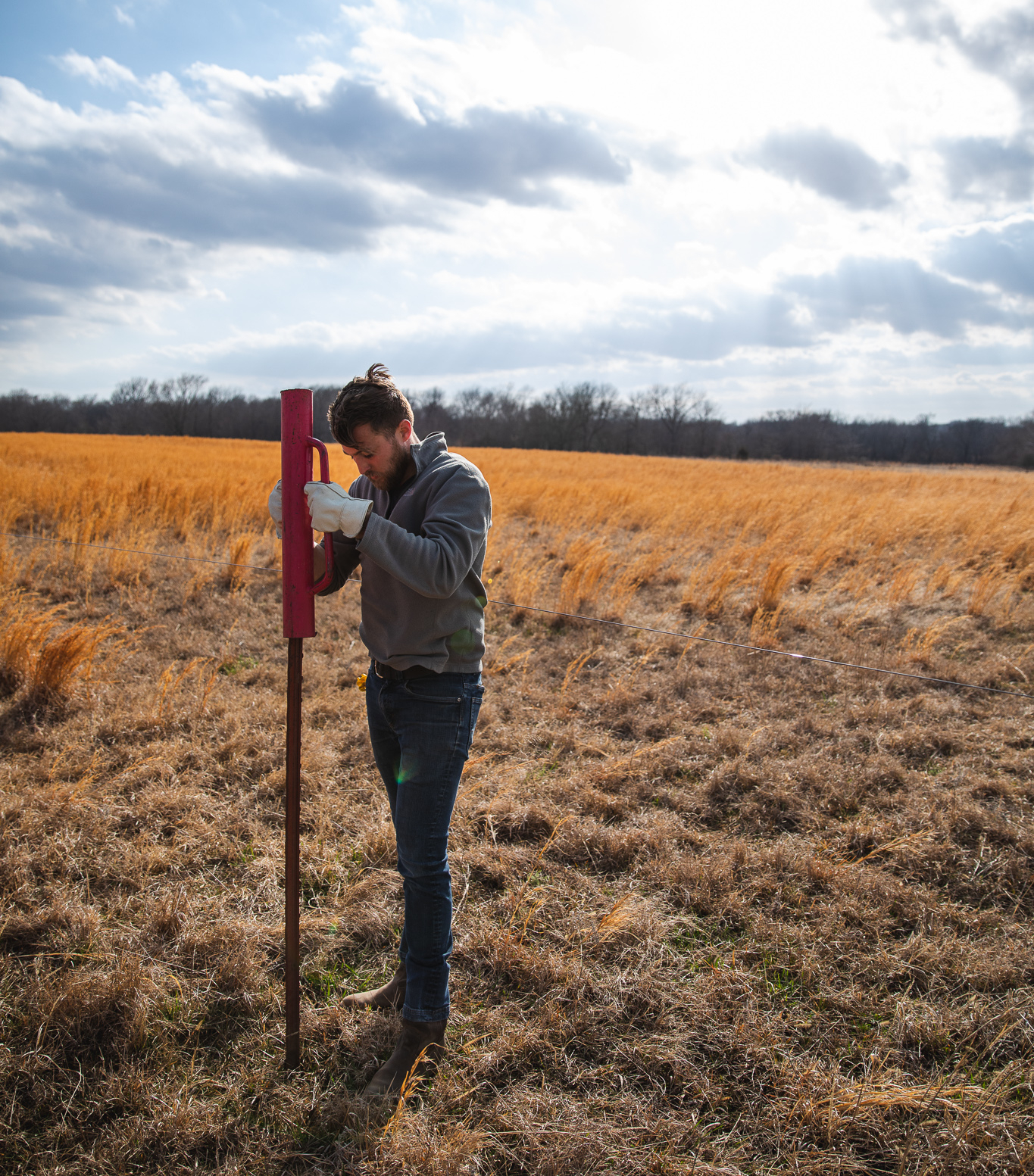 Every day throughout the country people talk about wanting to help save the planet. Whether it’s using fewer plastic forks or looking at recycling more, some even make small attempts to change their behavior.

But rarely does anyone do what Daniel Rose did. The former healthcare worker was so concerned about the lack of sustainable agriculture that he quit his health care position and decided to open up Grassroots Ranch in 2014.

“I don’t know if he had a crazy large ambition in the very beginning as to the magnitude of growth that it’s become,” said Christina Winkle, the PR director for Grassroots Ranch. “I think he was just really interested in agriculture, and learning more, and trying to make a sustainable living through sustainable agriculture practices. I feel like he was more passionate about the actual mission than the growth of the company.”

According to Winkle, Rose has always had a keen interest in sustainable agriculture. But it wasn’t until he started to see the effects society’s food was having on his patients that he decided he needed to get more directly involved.

I think that at the time when he made the decision, he was working as a nurse, and he just was really unhappy with the day-to-day task of it, as far as being in a very sterile environment, versus being outside in nature,” Winkle said. “And then the big picture of that is that he was seeing firsthand how people were trying to fix the problem, dealing with so many diseases being caused through poor diet and malnutrition, and so he’s seeing first hand at how people are being treated, but they’re not treating the source, they’re just treating the problem. So I think that perspective, plus his love for agriculture and wanting to be outside and doing things like that, really made this perfect storm situation where he knew that’s what he was going to do. He was going to give people healthy, sustainable food in the most regenerative way.”

Since opening the gates to the farm in 2014, Rose has made it his mission to not only produce sustainable food but also make sure it is all-natural. Rose said their cattle are antibiotic-free, hormone-free, and experience no-stress handling when working, sorting, and loading.

Rose also said his USDA-certified butcher is owned and operated by the Quapaw Indian Nation and has been certified by Temple Grandin, a pioneer of humane livestock handling.

“Our cows are never treated, but if there was ever to be a situation arise where a cow breaks his leg or something, we would treat that cow, but that cow would no longer be part of our program into processing,” Winkle said. “So it would get the treatment it needed, but we wouldn’t be using it for meat because all of our cows are 100% grass-fed. Hormone, antibiotic-free everything.”

Grassroots Ranch doesn’t use one particular breed of cow. For them, according to Winkle, they are more focused on the process of using mob grazing, which is also called rotational grazing.

“We rotate them through the property to give them fresh grass every day, so they’re getting moved to a new plot every single day,” Winkle said.

According to Rose, this style of grazing naturally lowers levels of intestinal parasites in the herd without chemical de-wormers.

Mob grazing is not only good for the cattle but also benefits the grasslands.

“Inserting large ruminant animals back into the landscape and managing them with rotational grazing or ‘mob grazing’ we see increased diversity to our grasses and the return of native species that have been lacking for generations,” Rose said. “This is important because healthy, diverse grasslands with deep root systems naturally take in carbon from the atmosphere as they respire and store it deep underground where it rebuilds valuable topsoil that has been stripped away by years and years of conventional land management and erosion.”

In 2020, Grassroots Ranch moved its operation from a small piece of land in the Osage Hills to Porter, Okla., where they have an 800-acre ranch. It has allowed the ranch to increase the number of cattle, chickens and pigs that they tend to each year.

“We believe in raising our livestock in a low-stress environment and practicing regenerative farming methods, so we work with nature, not against it. By doing this, our meat and eggs have the fullest flavors and highest nutritional value that nature has to offer,” Rose stated. “Our core values are stewardship and transparency, so you can trust that you’re really getting what you’re paying for.”

Currently, Grassroots Ranch products can only be purchased on their website, Grassrootsranch.com. However, by spring they plan to start selling to Grassroots Larder, which is a locally-sourced grocery and culinary market. It was also founded by Rose.

This will give customers a storefront where they can buy their meat, pork, eggs and other produce right off the shelves. This will enable them to not only serve more people but also gives them room for growth.  “The current ranch that we’re on now, the property, is larger than what we need at the moment. So I definitely know that he plans on growing into it,” Winkle said. “We’re utilizing every bit of that land. I do know that he plans on adding other animals, and breeds of animals into our program as well. I know that he has ambition in the future to possibly bring back sheep because that’s how he started with sheep, and then also turkeys and maybe duck, things like that. So we’re going to expand our perimeters when it comes to breeds of animals that we have on the Ranch.”