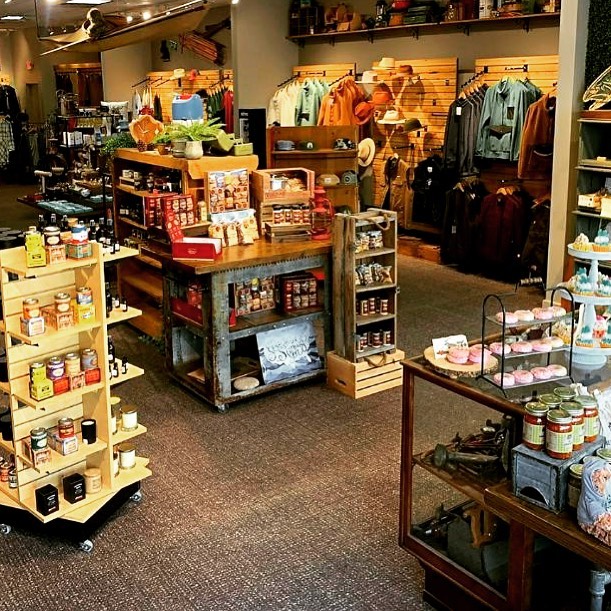 The Woodsman Trading Company is a gift and apparel shop in Oklahoma City unlike any other retail store in the state. Its drawing card is stocking items not just from Oklahoma, but from across the globe. Candles made in Broken Arrow are situated just across the aisle from sweaters from Ireland. Cologne from Tennessee just steps away from Ecuadorian blankets.

This smorgasbord of unique wares is the brainchild of Gaylon Cornsilk. Since opening the shop in late 2017, his goal has been to introduce residents of Oklahoma to international and local brands they are not familiar with.

“I feel like sometimes I bring in brands that are popular, say, in states like Colorado or Utah or California, but maybe they haven’t quite hit Oklahoma yet,” Cornsilk said. “I love to pioneer brands, though, that are new to this area. That’s very important; that is the thrust of what we do. I work with some big-name brands, but I also work with a lot of smaller companies.

The 42-year old Cornsilk opened The Woodsman after trying his hand at a number of different occupations. But none of them held his attention or passion like the idea of working for himself.

“I’ve worked for other people. But I think over the years what my passion’s always been and my ultimate dream and goal is to work for myself, so I could build something not just for myself, but for my wife and my children,” said Cornsilk, who is married with two teenage daughters. “So, not only for myself but I want to do whatever I can to build a future for my girls, for my children.” This desire forced him to make the decision to leave his previous retail job and open up his own business — one that I could be passionate about.

Located in The Village, The Woodsman Trading Company has gone out of its way to stand out from other retail shops in the state. The phrase that sums up the store’s concept is ‘Urban meets Outdoors.’

“Now, I didn’t come up with that, but I feel like that’s who we are, urban meets the outdoors,” Cornsilk said. “We’ve got articles of clothing that are geared towards the outdoors, very strongly. But then we’ve got nice dress shirts, things that could work every day. I mean, you’re working downtown, you’re going to midtown, Bricktown, and the shirt looks great. You could look great hiking in it, but you could look great on a night on the town. So, urban meets outdoors, that’s who we are.”

But it’s not just clothes that fill up the store. The Woodsman also has candles, custom knives, pens, cooking utensils, backpacks, hats, cologne and much more that all embody the urban outdoorsman. “I’ve always had a knack for finding brands and finding things; I just have a knack for it,” Cornsilk said. “I feel like it’s a gift from above. I’ve always been able to find things. So, finding the brands, for me, at least, has not been challenging.”

However, Cornsilk’s initial concept of the Woodsman was completely different than what he created.

“I had this idea of maybe a little bit more hardcore wilderness gear and technical gear and the kind of wilderness survival gear that I love,” Cornsilk said. “But then, I was at a particular trade show, and I was seeing the clothing and other things and this light bulb literally just went off in my head and I said, ‘This is the direction I really need to be going.’ I changed directions in a moment and started pursuing the Urban meets Outdoors concept. I wanted the store to be family-oriented and more of an outdoor lifestyle store.”