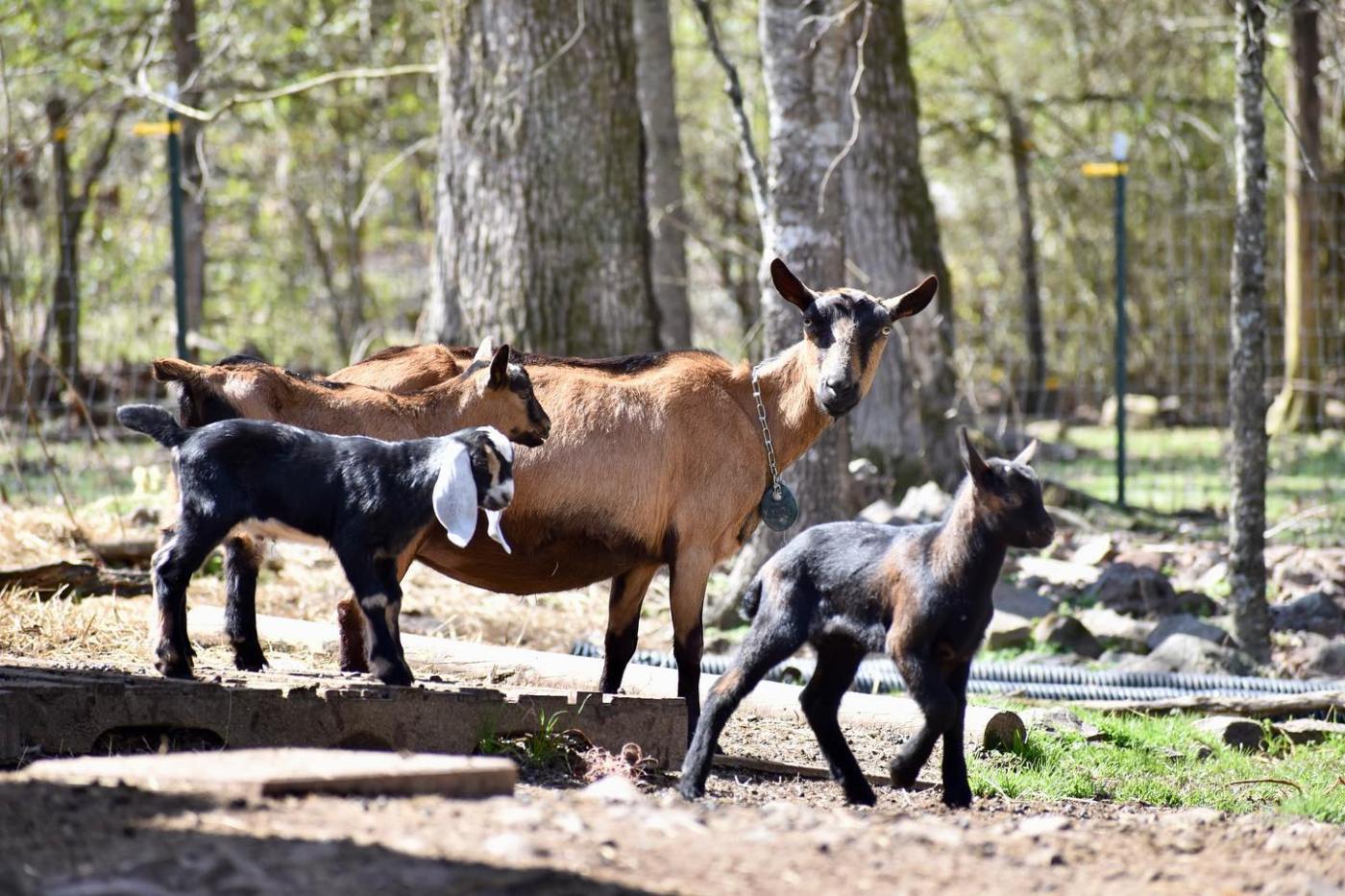 Katie Rose wasn’t looking to get into the goat business. Being a native of Little Rock (Ark.), owning a goat farm wasn’t even on ’s mind the day she came across Jack The Billy Goat.

It was back in 2007 just after Rose and her ex-husband bought a farm in Vilonia. They had heard about a market in which people can sell their products and animals.

“It’s actually a complete accident. I don’t think it happens a lot,” Rose said. “I had gone to get chickens. I wanted chickens because we had a farm now. We have to have chickens, right? A lady had a billy goat, and I mean just a silly old mixed-breed billy goat for sale. And she claims that he knew how to kill rattlesnakes. Now, looking back on it, that was obviously a bunch of malarkey to try to get me to buy the goat, but she saw a sucker coming.”

For some reason, Rose didn’t get the chickens, but she did pay $40 for Jack The Billy Goat and was suddenly the proud owner of an old goat. At the time she had no idea what she was going to do with it except have it on the farm.

“I got him home. My husband was like, “You have to take it back,’” Rose remembered. “And I was like, “It’s not Walmart. There’s no return policy.” And then I discovered once you have one goat, you need to have more goats, and it just kind of grew from there.”

At the time she was in graduate working on her wildlife biology degree.  Rose’s first job was as a field ecologist

“I just wanted to have a little hobby farm with some goats and some chickens, and live that idyllic, bucolic life people think that we being in the country always is,” Rose said. “There was no plan. There was no plan. There were just goats and impulses. Jack the billy goat, had babies. He had Gravy and David, and it just kept going from there. And then I kept the goats, and I got rid of the husband, is what I tell people. Because the goats were a lot easier to live with.”

Rose currently has 33 goats on hand, but normally likes to keep her herd capped at 25.

Rose has turned a mild interest in one goat into a passion for the animal. It was a passion she knew her current husband, Joshua Pangle, shared as well.

“I met my other husband in 2009, and he grew up raising goats.,” Rose said. “He grew up homesteading, a survivalist, in the woods. I knew he was the one when, after staying the night one night, he came out and all my goats were asleep on top of his dinner. And he just goes, “Girl, that’s what they do.” He didn’t even get mad about it. I was like, “Oh. Well, good for them.” So, he’s the one that could stay.”

Two years after they were married, they got their first registered billy goat. It was a Nubian named Kiki.

A year later is when Rose got her first Oberhasli, a nine-year-old girl named Arius.

”They’re red and black and they’re one of the lower-numbered breeds in the United States,” Rose said. “And within the Oberhasli breed, I specialize in purebred Oberhasli. And there’s only about 50 of them registered in the US, and I’m the only purebred breeder in the state of Arkansas.”

While Rose is fond of her other breeds, it is the Oberhasli that she says are her heartbeats.

“I think because they are really chilled. They all have very typical personalities. Nubians are loud. Salmans are stubborn,” Rose said. “I have very rarely met an Oberhasli that wasn’t laid back, very sweet. They’re also smaller goats, and I’m a smaller person. So, not having monsters in the barn is an addition for me.  They’re really good mothers. They raise their kids easily. And it feels important to be working with a heritage breed, that I’m doing something in the grand scheme of things that I believe is a benefit.”

Rose feeds her herd locally permeated grass hay, which will be a mix of moss, oats. They also eat alfalfa sprouts.

“Keeping the goat herd at capacity first, and then milk production second. It sounds a little backward, since we’re a dairy, but we also aim to be completely natural,” Rose said. “Our land is very wet, so I have to worry about parasite issues. When the goats get sick, I want to make sure that they have ample body resources, because that way we get them better.”

Along with breeding show goats, Goatroper Farms also sells them to show homes and sells goat milk and goat meat. They also use the milk to make fudge, salted caramels and gluten-free baked goods, which customers are available to purchase.

Despite that, business has been slow in 2022, which is why Goatroper has more goats than usual on the farm.

It has forced Rose to consider making some tough decisions.

“Another part of that is the economy right now. People just don’t have the money to buy a pedigree animal,” Rose said. “I could certainly take them to the sale mart, and get 100, 150 bucks each for them. But then all those genetic quirks and pedigree and all that would just go right down the drain. And I’m just not ready to do that quite yet. Because it’s not just my work that would be gone. It would be the people whose work came before me that I am breeding with.”

“Like most small farms, we’re not profitable,” Rose said. “We don’t sell any goat’s milk to make money. So, this farm is a passion. It’s a passion for me. It’s something that I enjoy doing 99% of the time. There’s always that 1% when it’s been a really bad day, and you’re like, “I wouldn’t have to do this if I just worked in a cubicle with a computer. I wouldn’t have a bad day ever.” But then I remind myself, that I had lots of other bad days, but I had no control over those bad days. So, I think that Goatroper Farms is a passion that I never regret doing. I question my sanity at times, but I don’t regret it.”