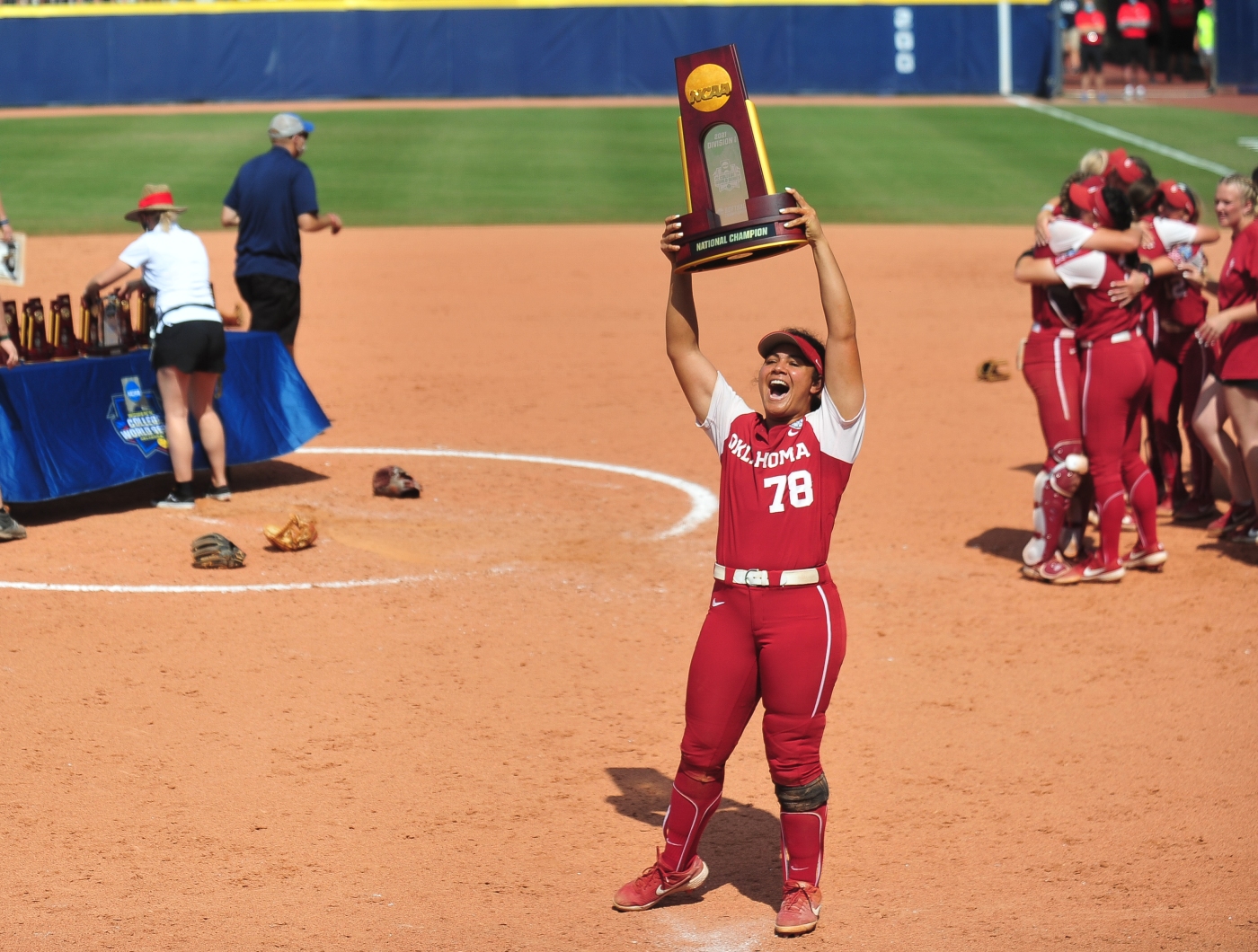 OKLAHOMA CITY– Before the 2021 season began, Oklahoma coach Patty Gasso knew she had something big in her hands. Even though she was coming off a year in which they were unable to play, the veteran skipper knew the team she had assembled could be special.

Yet, despite their success and all the record the Sooners broke, it wasn’t until the first game of the 2021 Women’s College World Series that Gasso realized just how inexperienced her team really was.

“This is a young group, and I didn’t realize until we lost our first game,” Gasso said. “I’m driving to the hotel from the stadium, and I’m thinking, wow, why did we look so deer in the headlights. We weren’t quite ready for what we were facing with Odicci (Alexander) and James Madison. I started counting like how many players have been here before, and there was a lot less than what I thought because they’ve handled themselves so well in the postseason and through the season, but it’s quite a different situation when you get to the big stage and what they’ve been dreaming of.”

That could have been the beginning of the end of this edition of the Sooners. That opening loss to the Dukes easily could have broken the spirit of the team and sent them reeling out of the postseason.

However, it had the opposite effect. It ended up forcing the Sooners to respond and show that they are the best team in the country.

“Whenever I think of Oklahoma, I think of championships,” OU senior Nicole Mendes said. “This is what we do here.”

It was Jocelyn Alo, the national Player of the Year, who kick-started the game with a monster solo home run in the first inning. She ended the season with a school record 34 homers.

Freshman Jayda Coleman hit OU’s second homer in the second inning to give OU a record 15 in the WCWS. It was also a NCAA season record of 161.

“The pride of not letting a team beat us twice is something that I hope to take into next year, and we’ve shown throughout this season, like we can’t let this team beat us twice,” Coleman said. “Let’s trust in each other and let’s keep on moving and let’s just fight, fight to the end.”

That was also Giselle Juarez needed. The redshirt senior picked up the complete-game victory after giving up just two hits and one run to go with seven strikeouts and two walks. She was named the Most Outstanding Player. Coming off an injury last year, her performance was inspiration for her teammates and coaches.

“Giselle, my heart just was overflowing with joy for her because it was a tough season for her. It was her super senior year,” Gasso said. “She had a lot of things to prove. Two thousand nineteen didn’t finish the way she wanted and went through some really tenacious surgery and rehab just to get back and play that last season. I’m just overwhelmed with joy for that young lady because she was very diligent and fought through it and didn’t have her best season, and she would tell you that, but I don’t know that it matters right now to her because she had that moment in the course of about seven days. It caps off her career in the most ultimate way you could ever think of.”

Joining Juarez on the all-tournament team were Mendes, Alo, Mackenzie Donihoo, Kinzie Hansen and Tiare Jennings. All will be back next season except for Juarez and Mendes.