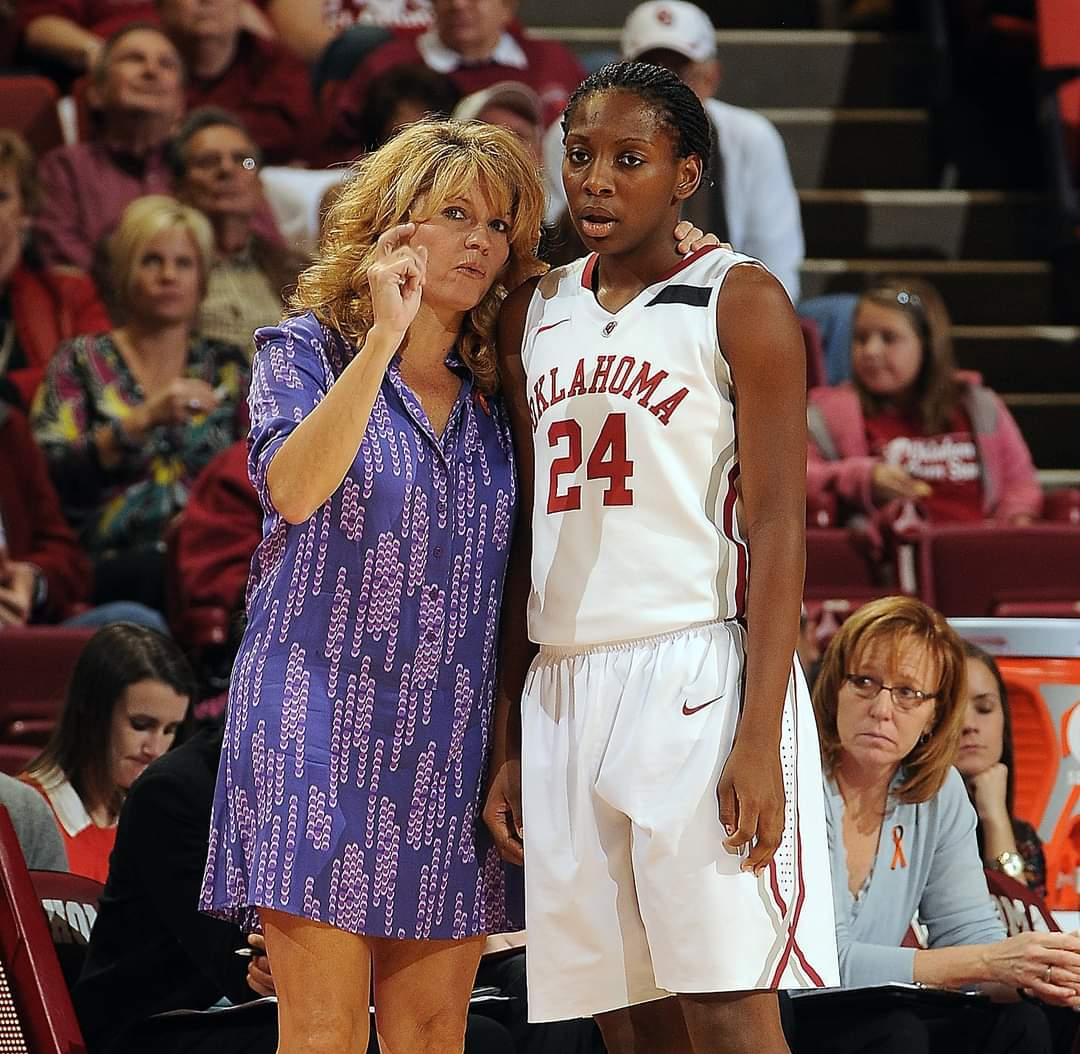 It started out as a simple social media post. Gioya Carter replied to a photo of the OU football team making its Unity Walk.

From there, the University of Oklahoma Athletic Department was put in crisis mode and longtime coach Sherri Coale now finds herself having to defend her actions off the court instead of on it.

It all started Aug. 28, when Carter posted to her Twitter account a scathing comment that took aim at Coale and her attitudes and actions towards her minority players over her career. She compared the willingness of football coach Lincoln Riley to allow his players to express themselves while Coale, according to Carter’s tweet, was on the other end of the spectrum.

“I wish I knew what it felt like to have a head coach at OU like this,” Carter posted, “but instead my 4yrs there was filled with comments like. “You guys act like it happened to you.” “If y’alls long braids hits one of my players in the face” as if the ppl in braids weren’t her players.”

Carter, who played in 120 games under Coale from 2013-17, set off a firestorm with her message as fans started to weigh in with their own comments.

However, it also ignited several other former Sooners to not only acknowledge Carter’s comment, but to validate it as well. They included T’ona Edwards (2014-17), Ijeoma Odimgbe (2016-19) and Jacqueline Jeffcoat (2011-12). Jeffcoat transferred from Oklahoma in 2012.

Like Carter, Edwards, Odimgbe and Jeffcoat are all black and were not happy with the treatment they received during their tenures at Oklahoma.

“She hit me with several racist comments after we went to Monticello in Virginia … Thomas Jefferson’s plantation,” Jeffcoat Tweeted in her reply to Carter. “How insensitive. Told me to take down a post bc (because) I felt strongly about it. I’m with you.”

Former Big 12 Freshman of the Year, Shaina Pellington, also made her feelings heard Friday when she posted a message to Twitter.

“I am DISGUSTED. “It pains me to see so many of my fellow teammates and alumni share the same experiences that I did at the University of Oklahoma,” Pellington wrote. “So many of us student athletes fear to speak our minds on the injustices we face within our respective communities, campuses, locker rooms, etc. You ask us things like, why didn’t we say anything sooner? Why didn’t we speak up when we had the chance? Why, NOW? We fear for our futures, we fear for our life’s work because of the backlash we might face from the people of higher power. We tell you guys our stories and you don’t believe us.”

Like Jeffcoat, Pellington left Oklahoma after just two seasons when she transferred to Arizona.

After two days of bad press, the 55-year-old Coale responded Sunday night with a statement in which she apologized, but didn’t deny any of the accounts by her former players.

“To hear the concerns raised by my former student-athletes is disheartening, because it is clear that I have unknowingly caused harm to people I care deeply about,” Coale said in a statement. “While I have always had the intent of expressing care for others, it is clear that there have been moments where my intent has not been the same as my impact – for that, I sincerely apologize.”

In Coale’s entire 256-word statement, she doesn’t specify treating players differently on the basis of race or claims of possible racism. Athletic Director Joe Castiglione did the same in his released statement.

This situation probably couldn’t have come at a worse time Coale’s career. Throughout all levels of athletics, coaches and administration are being taken to task for their treatment of minority student-athletes.

What makes Coale’s position even more precarious is that she isn’t reaching the same level of success as she had earlier in her career. The Sooners haven’t reached the Final 4 since 2010 and haven’t won the Big 12 Conference since 2009.

In 2019, the OU women raked up a 12-18 record and failed to earn a bid to the NCAA tournament for the first time in 19 years. And after being one of the biggest draws in women’s college basketball for a number of seasons the Sooners have been unable to attract a younger fan base to its games as the attendance seemingly dwindles each year.

Despite this, as of now, the university seems to be backing Coale.

“Throughout her 24 years of collegiate coaching, Coach Coale has demonstrated tremendous character and a consistent record of advocating for her student-athletes,” Castiglione said. “I know Coach Coale – along with the rest of the women’s basketball program leadership – joins me in eagerly availing ourselves to further engage in these important conversations.”

As of now, none of the former players who expressed their frustrations on social media about Coale and the program have spoken publicly. But neither has Coale.

Due to the coronavirus pandemic, the start of the women’s basketball season has been delayed until 2021. But at some point before the season begins, she will have to have a public press conference and answer some tough questions instead of just releasing a 256-word statement.

“I will continue to work and to demonstrate my commitment to increasing awareness of and appreciation for diversity, equity, and inclusion in all its forms,” Coale said, “and I will continue to represent that same commitment on behalf of Sooner Athletics and the University of Oklahoma.”